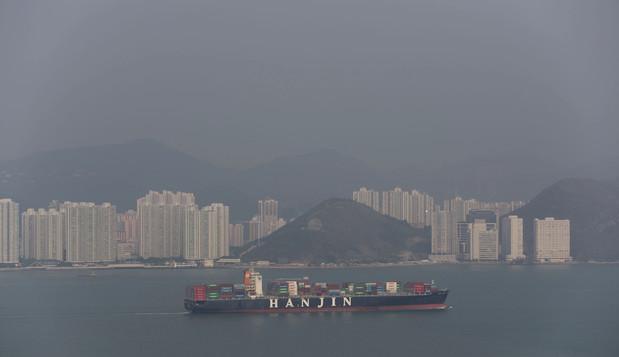 Are China’s leaders destined to ask each other, “Who lost Hong Kong?”

It’s a question worth pondering after a holiday week that offered a stark reminder of just how restless — if not unhappy — a sizable percentage of the former colony’s residents are under Chinese rule, 17 years after the end of British sovereignty. Of course, nobody seriously entertains the idea of a political schism between Hong Kong and China. But schism or not, China’s continuing failure to appeal to, please and placate so many of the former colony’s residents despite historic, ethnic and economic ties, suggests a soft power failure that has implications well beyond Hong Kong’s harbor. In short, if China can’t convince Hong Kong’s residents that it has their best interests in mind, what hope does it have of persuading Taiwan and its neighbors?

On New Years’ day, 62,169 verified Hong Kong residents — many waiting for hours — participated in an informal referendum suggesting hopes are slim. Organized by Occupy Central, a pro-democracy organization, and administered by the University of Hong Kong’s Public Opinion Programme, the poll was meant to gauge Hong Kong’s feelings about Beijing’s unusual vision for universal suffrage in the city in advance of major election reforms scheduled for 2017. As described by a top Mainland official in March 2013, that vision includes a requirement that Beijing screen candidates for Hong Kong’s chief executive, the city’s top job, and approve his or her election.

Hong Kong’s residents might be excused for thinking this vision is out of step with the city’s Basic Law, which declares universal suffrage as a goal, as well a 2007 resolution of China’s National People’s Congress Standing Committee, which set 2017 as the year suffrage would be implemented. Promises haven’t yet been broken, but concern that they will be is driving discontent and opposition to China’s vision for the city.

On New Years Day, the 62,169 registered voters who voted in Occupy Central’s referendum wholesale rejected Chinese meddling in the city’s elections, with 94.1 percent calling for a “civil role” in the nominating process, and 91.2 percent opposing “pre-screening” in the nomination process itself. In short, this self-selecting, but decidedly large, volume of voters would like nothing more than to see Beijing butt out of its affairs.

This shouldn’t surprise anyone who has paid attention to Hong Kong affairs over the last two years, and the growing gap between the city and its Chinese overseers, both socially and politically. In 2012, for example, Hong Kong parents protested the implementation of China’s “patriotic” school curriculum in the city’s schools, characterizing it as “brainwashing.” Around the same time, a now-notorious advertisement in a local paper characterized Mainland “birth tourists,” in search of valuable Hong Kong passports for their children, as locusts descending upon the city. At Hong Kong universities, meanwhile, tensions between local and mainland students — spurred by social and political differences — are rife.

To an extent, the tensions — especially the social ones — are inevitable when two territories of varying economic fortunes are united (the fusion of East Germany and West Germany also was accompanied by social tensions). Nonetheless, there’s little question that the Chinese leadership’s insistence on controlling Hong Kong’s future elections — despite promises to do otherwise — is exacerbating divisions with the former colony, and sewing mistrust among a well-educated, affluent population convinced that it’s more than capable of self-governance.

Presumably, in the matter of Hong Kong’s distaste for communist rule, China’s leaders are betting that time is on their side, and sooner or later a new generation (or two) of Hong Kong citizens will come around to their way of thinking and governing — even if it means cutting that generation out of the decision-making process. A similar rationale underpins Beijing’s strategically patient attitude toward Taiwan, whose freewheeling democracy is much more deeply ingrained than Hong Kong’s.

But the fact is, almost two decades after China took over the former colony, those hopes don’t seem any closer to fulfillment. Hong Kong’s mainland loyalists still appear to be outnumbered by vocal fellow citizens that want less — not more — China in their affairs. China’s leaders would be well-advised to contemplate why, and to do something about it.