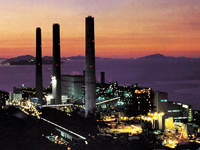 A resolution on the spinoff received 99.7 percent of votes in favor at a shareholders’ meeting, according to a statement yesterday. The company said a final decision whether to proceed with an initial public offering is now at the discretion of its directors.

Hongkong Electric Co. shares are expected to start trading on Jan. 29, Power Assets said in a Dec. 15 statement. The unit will have a market value of HK$48 billion ($6.2 billion) to HK$63.4 billion after the spinoff, according to the statement last month.

The proposed spinoff of the city’s second-largest electricity supplier comes as Li sells assets in the former British colony, where growth is slowing. Power Assets has said it will use proceeds from the spinoff to fund global acquisitions.

The Hong Kong-based company plans to start gauging demand this week for the IPO, two people with knowledge of the matter said last week, asking not to be identified because the information is private.