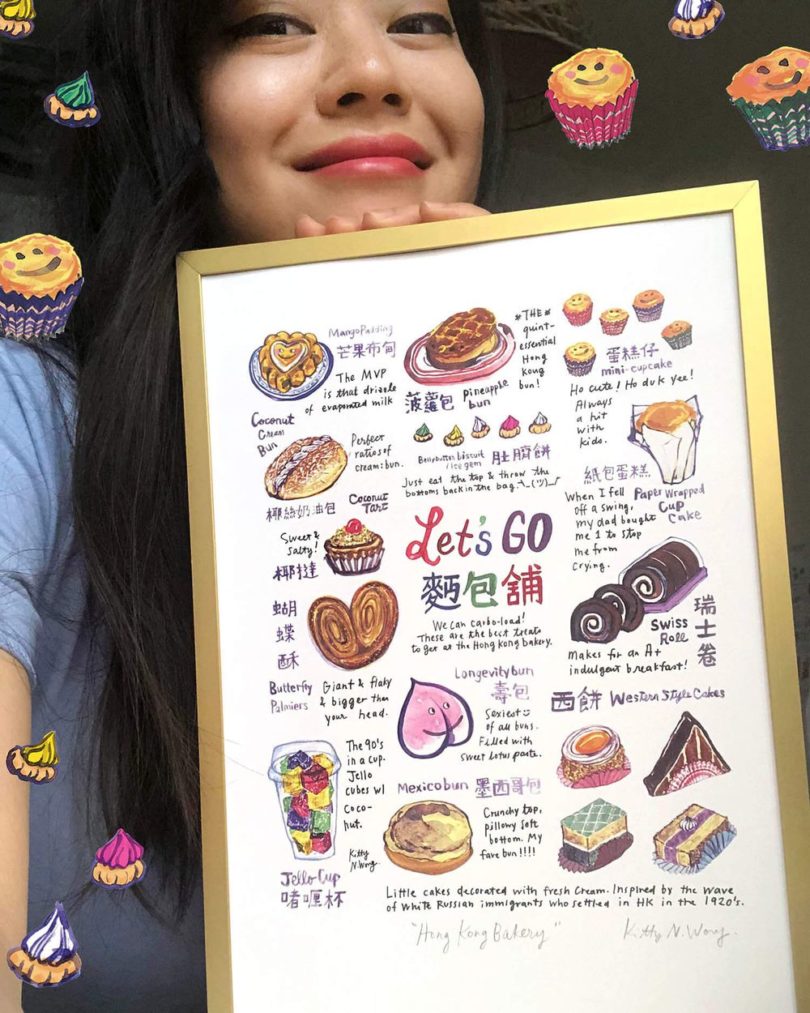 Hong Kong Illustrator and artist Kitty Wong has been commissioned by major international brands such as Dior and Maybelline New York, but it’s her Hong Kong -inspired creations that have captured our hearts.

The Hong Kong -born, Canada-raised creative has been illustrating professionally since 2012. Her pithy prints and puns – Madame Bao and Miss Fishball are her favorites – are available in her Etsy online shop.

After years in the fashion industry, Zoie made a foray into the world of illustration. Better known by her pseudonym Zlism (a pun on her initials), Zoie is an illustrator and fashion designer, but even if you don’t know her by name, you’ve probably seen her work around town. A recent mural for the non-profit arts organisation HKwalls can be found at Sheung Wan’s Square Street. Many of Zoie’s illustrations carry a positive message and bring a smile to the faces of those who encounter them.

Kenny Leung works in the media of drawing, painting and printmaking. His fascination with Hong Kong architecture and cityscapes has led him to reinvent and reassemble buildings in the form of mammals, sea creatures, and more abstract concepts. His work invites people to rethink the things they see every day and question what is seen at first glance, appealing to those with a creative imagination who enjoy a touch of the surreal.

The illustrations of Jonathan Jay Lee have lined the city walls of Hong Kong and reached an international audience, as he counts HSBC, Lee Kum Kee and Marvel Comics among his clients. The Taiwanese-American artist now lives and works in Hong Kong and is also a professor at the Savannah College of Art and Design (better known as SCAD). His colourful works illustrate life under the neon lights.