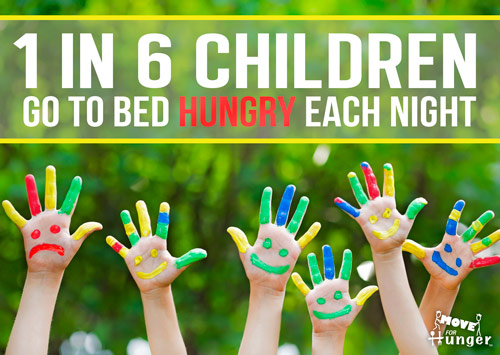 Have you ever been hungry?

This is one issue which will not go away anytime soon or can’t be ignored. However, if you are a six-year old kid on the streets and going hungry, you’ll soon understand my meaning.  There is still a shortage of food for 10 to 12 percent of the population worldwide.  That means, a child will not be able to eat properly or nutritiously for two to three nights.  It doesn’t matter the country where they come from, poverty is poverty.  It hits deep inside when one has dealt with going hungry.  You know, you see the kids on the streets hustling for money to buy and share a meal.  I remember it all too well.

Funny, when you have an ungrateful child who doesn’t understand what is to go hungry.  Furthermore, you have an ungrateful adult who doesn’t understand it any better.  Therefore, if you are from the ‘X’ generation (1965 – 1980) and you grew-up without the means, you’ll know what is to go without meat for an entire week.  If you have a sick child, you can’t necessarily take the baby to the hospital.  You soon comprehend that that parent is lacking in funds for even the basic needs and medicines.  Have you ever lived this?  If you haven’t, you can’t empathize with those who have; I don’t care how many documentaries you have watched about hunger or how much you have cried over it!  Until you haven’t lived it, you can’t understand it.  You feel hungry, you easy have places in developed countries to satisfy the need; but without the means or money, desperation for anybody is grave. Imagine if you’re a mother going hungry with a baby who hasn’t been fed for several hours or even days.

Sadly, living around the world teaches you a thing or two about poverty and seeing hunger at first hand.  I learned one principle which was burned deep into my psyche at a very young age, I lived and never want to go through that pain ever again.

What saddens me, when I see one of my students at lunch time fill-up their trays with food to the brim.  Then, they take one bite and dump the rest of it; just like that, without a care in the world and with total indifference.  I have to say, I’m shocked!  What I have noticed is some adults not teaching these kids not to waste food.  But most of these adults if they are younger than 40-years old cannot understand what is to go hungry; because I sometimes see the adults do the same thing.  I’ve seen this growing problem not only in the U.S., but China, U.K., Australia, Canada and the European Continent.  The ridiculous waste of food.

You see, I grew-up and understand it all too well.  You know, the beginning of my life I grew-up in the ghetto.  Yes, on one ‘those mean streets’ of Brooklyn, New York.

When I became an adult travelling the world, I saw misery and desperation in places like: areas of the Middle East, Chile, Haiti, certain countries in Africa and along the slums of India.  It woke me up in remembrances of what I didn’t have and the lack of it.  You know, if you’re from the baby-booming generation (1945 – 1964) and you were poor, you can recall that meat was only served once a week at the dinner table. It was actually a privilege!  This happened in a rich country like the United States.

There is a lesson here, never waste food.  But how do you teach somebody who cannot comprehend–even less empathize with the feeling of hunger pains and going without food for several days or up to a week.  Well, it certainly has to be taught and bring consciousness to the dinner table. Maybe a poster reflecting on what some people have and others don’t.  The matter is, a child as well as a young-adult must be taught to not be wasteful of food.  What better way to teach, than when getting portions, start with only three-small ones.  Avoid drinking too much water, till after the meal is over.  If a person feels hungry again, then they rise, serve themselves and eat more.

Right now, with the growing population, this planet is destined for food shortages in the next 30 years.  This will happen with third-world nations, and the problem only will expand.  That means, the people and countries will be fighting over the consumption of food.  It is bound to happen with people becoming healthier and living longer.  Now, not all is lost, human beings can avoid our world coming to this brink.  The point is teach others on how to share and not be wasteful of precious resources; especially when it comes to things like food.  The world is not perfect, but this is one way to make our society more fruitful, conscious of others and their needs.  End of lesson.