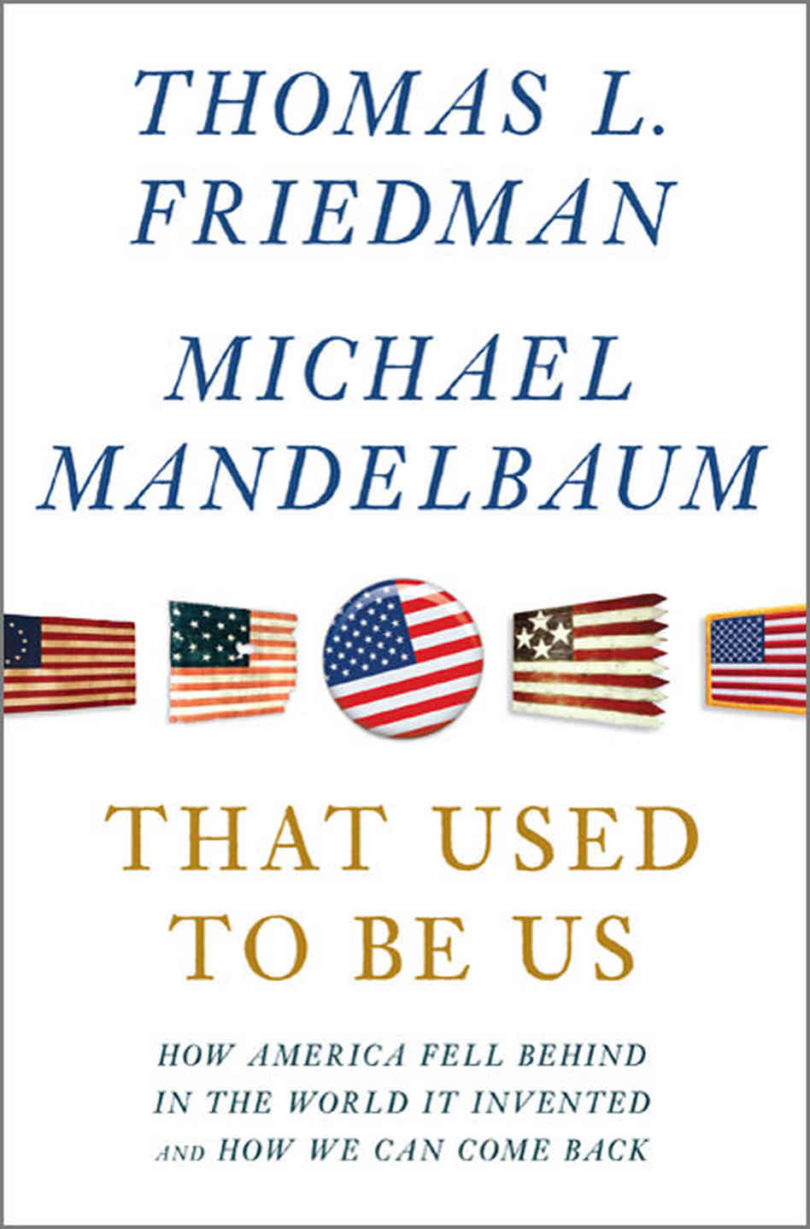 ‘ That used to be us’ is less about the U.S. and more about what China is doing right

In 2005, I read an excellent book on political sciences and economics titled, ‘The World is Flat’ and how the U.S. would have to adapt to a new global-economy and how if not, it would be left behind in the coming decade.  It was written by the famed writer and journalist, Thomas Friedman and it basically forewarned the U.S. on how if it didn’t shape-up–it would become number two in the world stage.  Some in the U.S. laughed at the book and called it “a dream, an impossible notion”.  It wouldn’t happen or it couldn’t happen.  To put it in a nutshell, what the book talked about was the following: people working harder, longer hours, placing their necessities last to build a stronger country into prosperity.  This was the motto of the U.S. and its citizens in the 1950s, and this somewhat changed down the line.

By 2010, a follow up to his book, ‘The World is Flat’ came out and already this ‘theory’ was becoming true.  Friedman explained in the book, ‘That Used To Be Us’ what China was already doing: how we should imitate in its educational successes, send people abroad to learn, develop better technology, study longer and certainly work more hours.  Putting in the time to prove oneself to be the best.  There were notions that some people (students and workers included) were working up to 18-hours-days in China.  This principle was actually what drove the U.S. long before to achieve its greatest successes and to build in the formula for the ‘American dream’.

Then came 2016, the so called ‘myth’ came true.  China stepped-up its game and hit number one as a developing country and U.S. number two.  The United States did procrastinate, it became lazy and waited for what they thought wouldn’t happen. The inevitable did!  What was the ‘American dream’ was now the ‘Chinese dream’.

What China did was amazing and it incorporated the U.S. formula for success in less than 20-years.  A model started 20-years prior to the end of the Twentieth-Century by then Premier Deng Xiaoping.  Take for example a fishing village like Shenzhen and notice the glorious-mega-city it has become today, being called the I.T. capital/center of China.

This is indeed the formula for success.  There are no abstract economics, just the simple math of two plus two, working longer hours with quality to achieve the goals required.

With that said, whether you are Chinese, American or foreigner, these books ought to be a must to understand better world economics and political sciences.  Enjoy!