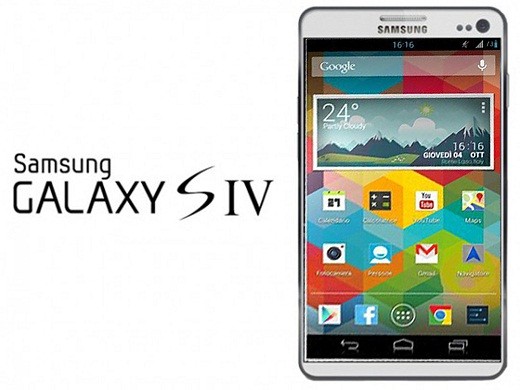 While Samsung’s Galaxy S3 continues to be one of the world’s best-selling smartphones, anticipation is building for the next device in the Galaxy S line. We’ve seen a slew of Galaxy S4 rumors in recent months, but one of the latest suggests the smartphone could come with touchless, gesture-based technology.

Its earlier version, the Galaxy S III, so far is the biggest-selling Android phone on the market and definitely the most loved, for its sleek styling and large screen.

According to Korean news source DDaily, Samsung is planning to deploy an Atmel chip that would support gestures within the range of the screen without actually having to make contact. This is similar to Sony’s “floating touch” system, which allows users to hover their finger over the screen to perform tasks.

This feature can be likened to the Galaxy Note 2’s Air Play ability, but unlike Air Play, where users hold the stylus over a link or button and a preview appears on the Note 2 screen, Samsung’s alleged new technology would eliminate the need for a stylus.

Last year, Samsung filed a patent for gesture-based technology in which users would flick above the screen to scroll through pages or home screens. A diagram within the patent demonstrated how this feature would work, outlining various gestures alongside images of how to perform them. 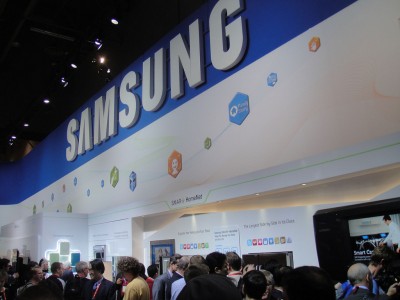 The report from DDaily said this information came from unspecified industry sources, so it’s important to keep in mind that this can only be considered speculation. While this touchless technology hasn’t been confirmed, it does seem like a somewhat plausible rumor. If Samsung is already implementing a version of this technology in its Galaxy Note 2, we wouldn’t be surprised to see a more advanced version of it in the Galaxy S4.

Of course, there’s no telling how Samsung would implement this gesture-based technology if the rumors turn out to be true. However, we could imagine that it could be integrated into everyday tasks such as answering phone calls. Perhaps users would be able to simply hold the phone to their face rather than press an “Answer” or “Ignore” button. Additionally, we could see this tech being useful when wearing winter gloves that make touchscreen scrolling difficult.

Samsung has not officially revealed any launch information or details about the Galaxy S4, but a recent rumor says that the company will unveil the phone on March 15. According to Samsung blog Sam Mobile,the Galaxy S3 successor will begin selling in early April following this alleged reveal.

iPhone 5S Apple has been operating on a well-known schedule with the release of its phone: Every other year, there is a major upgrade – the iPhone 3G, iPhone 4, iPhone 5. The intervening year generally brings a minor upgrade with only slight improvements – the iPhone 3GS, iPhone 4S and, now, the iPhone 5S.

Speculation is scant at this point because the next version’s release isn’t expected until June or July and possibly as late as September (the iPhone 5 was released last September).

Don’t expect a lot of upgrades with the 5S if Apple’s release history remains consistent. There will be a speed increase in the processor and maybe some unknown upgrade to Siri, the phone’s voice-activated assistant. It might get a 13-megapixel camera system (versus 8 megapixels). But the phone’s form factor, size and screen size probably will be the same.

The biggest question regarding Apple’s new phone is in the software. The company has been criticized for the minimal upgrades in the iOS software that runs the phone. The current version is iOS 6.1, but iOS 7 could be introduced this summer at Apple’s Worldwide Developers Conference and come installed on the iPhone 5S.

This is a crucial year for Apple. The company of late, particularly since the death of iconic CEO Steve Jobs in 2011, has been criticized for its lack of innovation in the iPhone. But in the last year, major changes have been made.

The new operating system has got to include some amazing features if Apple is to stay ahead of the pack. No one is willing to speculate yet what those features will be, but they better be good. Otherwise, the Samsung Galaxy S IV might be the next phone many iPhone devotees, including me, will buy this year.