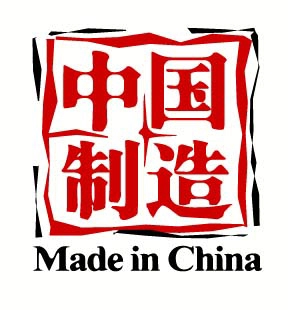 “American Made” in China

A phenomena of great importance transcended in the lives of most Americans.  It affected on how Americans looked at their products.  Many thinking that these products are still “Made in America”.  The majority are in for the shock of their lives.  But this shouldn’t come as no surprise.

It started at the beginning of my college career.  This transition began since the early 1990s and it continued gathering momentum till present-day.  And it’s coming like a rapid-bullet train…

This really became apparent at the time, when a couple of sneakers, “Air Jordan” by the way could cost at the time somewhere in the range of $125 USD (more or less 812.50 RMB).  But were made entirely in China for less than 0.50 cents (2.3 RMB approximately).

This continued with many clothing apparels.  Those from “North Face” or “Columbia”, considered American made and they are American companies.  However, take a moment to check the tags inside [at least I do] and see where these fashions are produced.  Americans still get shocked when they see the words like, “Made in China”.

These practices didn’t spread among clothing only.  They continued in 2005 with computers like, ‘Dell Technologies’.  When the company completely changed their scene and the production efforts to the Lenovo Corporation in China and sold directly to the American markets.

This hasn’t stopped in the continuance into the 21st Century.  Considered by some, “The century of the Chinese”.

Suddenly, no government in the world can isolate themselves anymore.  Isolationism with hubris from the American or British counterparts has to stop.  It’s time to learn how to share the wealth; whether people like it or not.

This new century tied all the markets of globalization together.  I guess Thomas Friedman said it perfectly in his book, “The World is Flat”.

When GE (General Electric), a company iconic and a symbol of American ingenuity made the transition from the States to China, this single and simple fact had gone unnoticed by most Americans.

Today the markets caters to a worldwide audience.  And for those who think many traditional American companies are American owned, they are not or at least not anymore.

Presently, 90 percent of the products are made in China.  The rest are then produced either in North America or Europe.  This is the new standard for the most part.  Unless the markets decide the shift to India in the next 20 years.

This means that only one out of 10 pieces of clothes are actually made in the U.S.

The caps worn by the Trump campaign in 2016, “Make America Great Again” to the most expensive fashion shoes sold on the Upper-West Side in New York City or Beverly Hills, California are all Chinese made.

The traditional AMC movie theaters were bought by Dalian Wanda Corporation in China.  Therefore, even that is Chinese owned.

And if you think toys like Barbie are produced Stateside, well, think again.  You’re certainly wrong.  They are made in China.

The market has certainly changed, and what we think is produced in the U.S., possibly isn’t.  Think about any power tools or vacuum cleaners, these centers of production have moved to either Hong Kong or Mainland China.

Media Corporations like Forbes are chasing the money, and for this reason they are now located in Hong Kong, Asia.

Now, with some Americans being delusional about “American companies” still owned and operated in the U.S. is in truth, a fallacy.

But one thing is the truth and Thomas Friedman said it perfectly, “Fair trade equals peace!”

Let’s not forget, and I know I may offend some American compatriots in their sensibilities…  But China is rather quickly and literally becoming, “The bank to the world”; whether we agree or disagree with this notion.