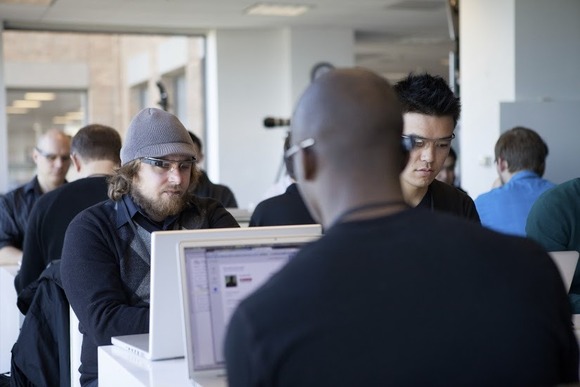 Once again Google is expected to compete with Apple by launching what they call “Google Stores” in major cities in the United States this year. They haven’t released any comments on when they are going to see a Google Store in Hong Kong, but rumors are that Google Stores are expected to open in Asia this year as well.It could be a smart move given that major competitors that sell mobile operating systems, cell phones or other electronic gadgets, including Apple, Microsoft and Sony, already have a wide array of stores across the US.

In addition to giving people hands-on time with current Google devices such as the Chromebook , Nexus 4 smartphone and Nexus 10 tablet and at some point Google Glass, the new shops might be good places for Google to demo otherGoogle X Lab projects in the works, such as its self-driving cars, which have already logged thousands of miles on American roadways. In addition, the new stand-alone Google stores will have a wider reach. The Chromebook hasn’t been released in Hong Kong yet and at the moment there is no official release date for this product in the SAR.

Just like you can head to an Apple or Microsoft store and play around with an iPad or Surface RT before laying down US$500 to take one home, Google wants to let people handle its Chromebooks, Nexus mobile devices and, eventually, Google Glass head mounted displays before buying them.

An interesting fact is that Microsoft Surface notebooks haven’t been officially released in Hong Kong yet, but if you go to Shenzhen, you will be able to buy one. Microsoft has conducted a massive campaign in Shenzhen by advertising Surface on the major metro stations through the city.

The idea for the stand-alone stores bubbled up as part of Google’s plans to offer Google Glass to the public. So far the only people who’ve gotten to wear them are Google execs such as Sergey Brin, who occasionally pops up in public sporting them, or programmers who’ve shelled out US$1,500 for the developer version with which to create apps for the device.

While technophiles might drool at the idea of augmented reality glasses controlled by voice and other inputs to do things commonly handled by smartphones, the average consumer might wonder why you need glasses to do things such as schedule meetings, take pictures, check the weather, get directions, and place a video call. Not only that, the head mounted display will probably run anywhere from US$500 to US$1,000, so letting people experience how cool they are is probably a good bet on Google’s part.

Google recently posted photos on Google+ from the two Google Glass hackathons it recently held with a small group of developers in New York and San Francisco. During the two-day events, “the selected Glass Explorers” came up with more than 80 new ways to use Glass, although Google isn’t saying what they are.More information about Google Glass will likely shake out of SXSW next month in Austin, Texas —Google is telling developers who want to build for the platform to attend a March 11 session held by Google senior developer advocate Timothy Jordan.In the meantime, look for those Google stores to be popping up.