We–chat’s conveniences, its blessings and curses…

What I’ve noticed here in Asia is their love for technology.  From Japan, South Korea to China, the vital links are done simply and daily through a phone in hand.

It’s like one colleague told me, “It can be the substitute for life!”

Without it, life can spiral into a madness which I never quite understood.  Since, I’m technology impaired or call me incompetent at it!

Continuously, I fine myself in need to scream a prolong “help!” to my spouse or Mister Robson Hayashida on my problems with IT.

But when Robson approached me and said, “Hey, why don’t you write something about we-chat? 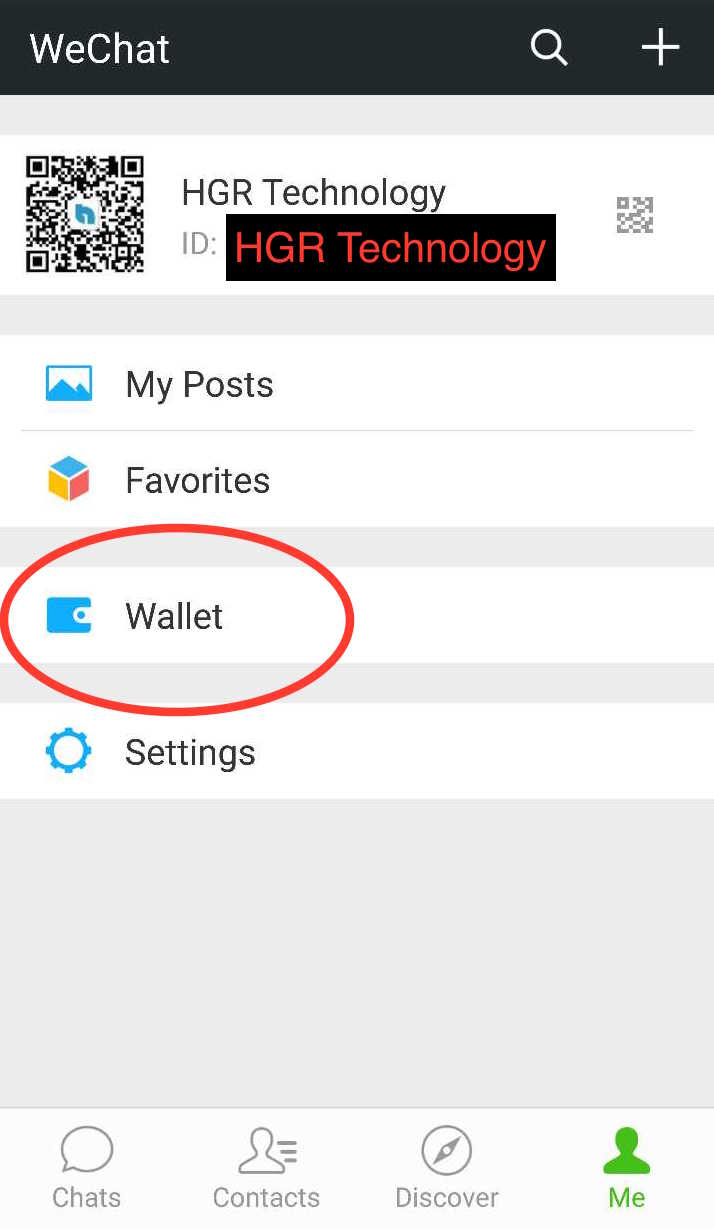 Because it’s convenient and frequently used in Shenzhen and sadly not enough in Hong Kong.”

I thought, why not!  Let’s learn about this amazing system which has engulfed the planet for six years and it’s estimated by 2019 to have over one billion users around the world; and especially, in mainland China.

Sounds like an Orwellian novel or nightmare.  But it’s not “1984” with ‘Big Brother’ on the scene.  It focuses on the app (software application) at one’s finger tips.

Only in my dreams!  Because as a boy back in Brooklyn, New York, I watched sci-fi shows like Star Trek, which focused on these kinds of inventions.  And now, 40 to 50 years later, they’re a reality.

In less than 30 seconds to a minute, a transaction is processed or sent and the same is done by millions across mainland China.

Paying a bill was never that easy!  Just by downloading a commercial app and scanning it, it’s already done.  To pay for a service, the we-chat account has to be bonded with a local Chinese bank. It’s all positively bundled together under the ‘wallet’ icon.  One can pay the utilities, go to the movies, get a taxi in the Uber style (like in the States), get a public bike or pay on for the mass transit system (metros and buses). 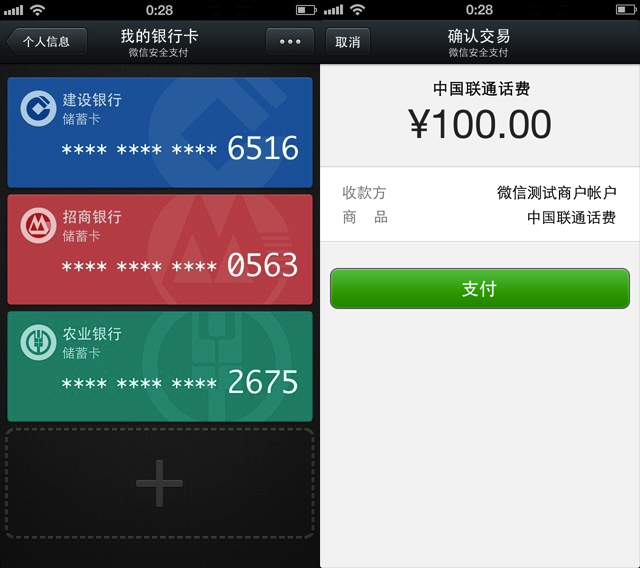 When I began to study this new-high tech, my eyes were like a baby’s, opened in wonder at the possibilities for the future.

One thing is important to understand, if you’re technologically deficient like me, your phone needs a camera to point at the bar codes for automatic payment.  During this transaction, the system will register a two dimension code (or better called, the qrc code) and will request the password from the user to pay away. 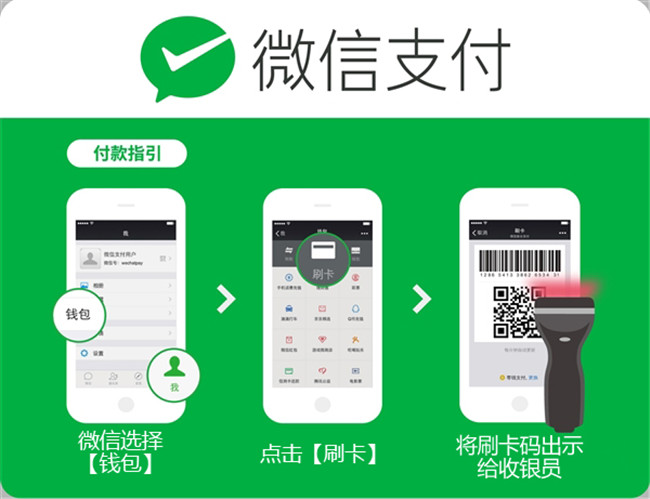 It’s the same pattern as “ali pay” (from the Alibaba Corporation).

The system can also automatically fill up your telephone minutes.

If anybody sends you money, it’ll go directly into your we-chat wallet (however, only in mainland China).  Then, once the person gets that money–they can transfer into their bank account.  One thing is important to know, there’s a limit without any service fees.  After that limit is passed, then service fees will kick in.  Once this number has been surpassed within a year, service charges will be added into the bank statement. 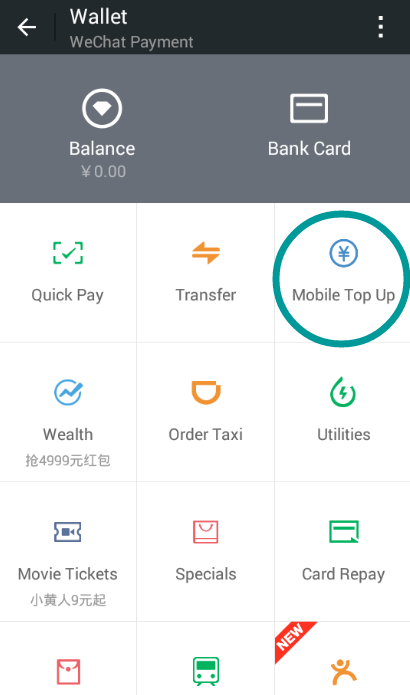 Once the payment has been processed in a place of business.  All the buyer has to do is show their phone to the proprietor and when they see the screen, it already shows proof of payment.  How wonderful!

The tech is fast, easy and simple.  What matters is the quickness in our fast-paced world.

Once a person becomes part of the we-chat world, they create a profile.  This profile is according to their name, country of origin, philosophy of life and likes or dislikes. It’s up to them whether they want to post photos onto their account or not.  It’s also up to the individual if they want to share in group discussions, chats, conference calls, exchange of messages, games and to find those with common interest around their neighbourhood.  Incredible indeed!

With the touch of a button anything, yes, absolutely anything [if it’s legal, of course] is transferable.  From paying in restaurants, markets, receiving bank statements in real time and so far, conveniently safe.

We-chat has caught on like wildfire and even foreigners living in China have joined into the gusto of social topics and discussions.

And one the reality still remains, the person accessing we-chat can be blocked or even censored if the Chinese government deems anything incorrect or said against its institutions.  Therefore, it’s with an understanding by Chinese nationals and guest living in China that anything said can be monitored, blocked and up for censorship. So, check the local laws before posting anything that will get you literally into hot water.

The negatives like the above are few; however, amongst the larger criticisms by the older generation are, when the young are on we-chat–the world literally stops and there’s lack of verbal communication between people!

This fever has only affected a good portion of the teenagers and those under 40 years of age.  Basically, the millennial generation are the predominant users.

The other issue, in discussion groups sometimes there’s rough-verbal abuse and slander towards one another.  People believe ‘cause they have a screen to protect them, they can say whatever they want.

No system is ever perfect, but one thing is certain, we-chat is innovative, convenient and easy to transact and do business outside the normal face to face parameters.

The rapid communication system is mind blowing!  It can allow people from all over to acquaint and inform others about ‘what’s happening’!

This is what we-chat is all about, and part of the communication allows for others to possibly fall-in-love and fulfill their romantic encounters.

It’s software to make lives easier.  A person doesn’t have to carry so much cash around, at the risk of getting robbed.  It further avoids the hassles of getting in certain cities of China fake money.

Yes, we-chat is all over China; now, will it do an incursion into Hong Kong and Macao?  It has entered into Hong Kong, but with one limitation.  We-chat HK is not compatible in China and vice-versa.

Therefore, till these two systems ever become one and cooperate.  The differences between HK and Mainland are sometimes like night and day!

But, I still believe it’ll get better as time progresses and people will learn to accept these differences.  It’s just a matter of learning to compromise…

For now, will somebody teach me how to use a high-technology phone so I can pay with we-chat!