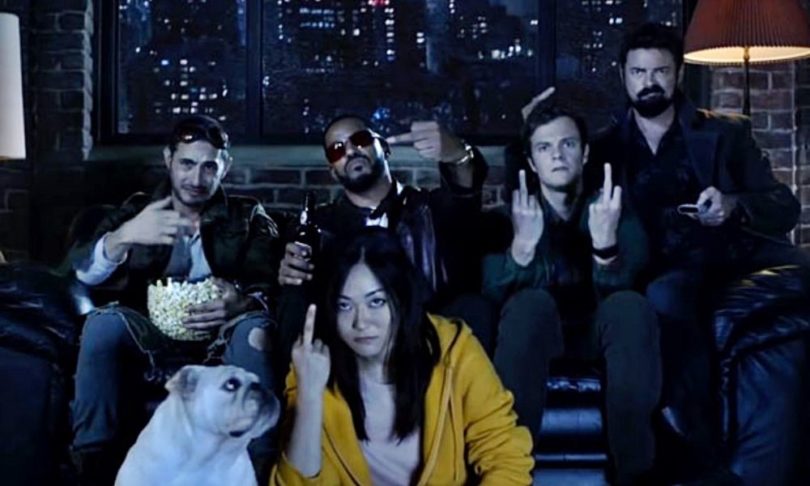 ‘The Boys’ series holds to a deeper truth about our humanity

With most superhero shows, a person can primarily guess what’s the beginning, middle and end, sadly.  These television series are subsequently repetitive in their content and nature; leaving little surprise for the viewer.

There were few characters in the comic book series which broke from the mold.  As with Marvel’s ‘Wolverine’ (X-Men series), a hero that in conclusion is nothing but an assassin, that when he goes into a rage becomes instinctively a predatory animal.

‘The Boys’ sunk further into what our society constitutes worldwide, something very imperfect and depraved sometimes.

Because I was tired of watching shows with a side of ‘goodie-two-shoes’ like the ‘Flash’ or ‘Superman’.

By the way, this is to clarify, this has nothing to do with Marvel versus DC comics.  Since I love both organizations.

However, I needed a change of pace from the escapism of the ‘perfect’ superhero for something like ‘The Boys’.

The story takes place when one the protagonist, ‘Hughie’ Campbell (Jack Quaid) loses his girlfriend to the fast running superhero A-Train (Jesse T. Usher) who is on drugs and goes right through her; therefore, disintegrating her body.

Hughie is beside himself and decides to go after the man who killed his fiance.  To do that, he must join a team of burn out mercenaries and former contractors for the government.

Here is when the series starts to show the darker since of super-heroism. ‘Homelander’ (Antony Starr), the leader of the mighty seven is a homicidal maniac.  Then, there is the amazonian-like woman, Queen Maeve (Dominique McElligott) who belongs to team, but is so far detached or pretend to be, that she forgot what is to do good for others.  The invisible man/Translucent (Alex Hassell), a creepy man who in reality hides out in the female stalls and walks around naked all the time; his skin is supposed to be in indestructible, till the team of ‘The Boys’ kidnaps him and places a plastic explosive up his anus–later blowing him up.  The runner, A-Train, he is supposed to be the fastest man alive, but enhances his abilities by taking drugs, drug dealing and he later murders his girlfriend, ‘Popclaw’ (Brittany Allen).  There is ‘The Deep’ (Chance Crawford), an underwater superhero who feels left out and to compensate, he sexually assaults the newest member of the team, Starlight (Erin Moriarty).  Starlight comes in brand new into the seven, eyes literally closed; suddenly all her idealism is lost when in truth the heroes serve an evil corporation Vought and do things more for profit than to help others.

Plenty of truths begin to surface, when the corporation is testing on babies to create an army of superheroes for the military.

One of the members of ‘The Boys’ is also seeking revenge.  The main character, Billy Butcher (Keith Urban).  He seeks to get even with ‘Homelander’, who several years before raped his wife and then, she suddenly disappeared.  The man thinks she is dead and therefore, this burnout of a human being goes after the superhero who hurt him deeply.

I thought the show deserved four stars out of five for original content. Some of the scenes with ‘The Deep’ can be silly; while others can be gruesome, powerful and touching.

Hence, I like the show for its realism and I hope to soon watch a season 2. Because it demonstrates if we had superheroes in our world, how we would really behave.