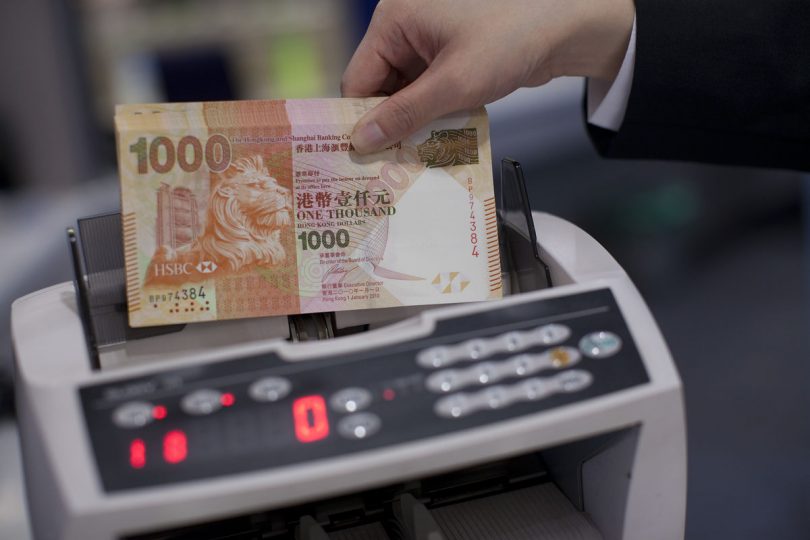 Hong Kong’s banking regulator introduced more measures to stem counterfeiting after fake HK$1,000 ($129) notes were found in the city and Macau in the past two weeks.

The Hong Kong Monetary Authority has asked banks to provide employees with training on features of counterfeits and to ensure they have sufficient manpower for screening banknotes, according to astatement on the government’s website yesterday.

HSBC employees are trained to identify counterfeit notes using standard procedures, Gareth Hewett, a spokesman for the bank in Hong Kong, said in an e-mailed response to a Bloomberg News query. Bank of China Hong Kong staff are trained to detect fake notes and it has set up hotlines to deal with queries, Angel Yip, a spokeswoman, said by phone.

Two people were arrested in Hong Kong yesterday after 19 forged HK$1,000 notes were found with the cash they were depositing in a bank in Tsim Sha Tsui district, police said in an e-mailed statement. One person has since been released unconditionally while the other is out on bail, it said.

The monetary authority alerted banks about a counterfeit 2003-series Bank of China HK$1,000 note, according to a Dec. 24 notice on the regulator’s website. Yip said the HK$1,000 notes in this series received by banks won’t be recirculated.

Arrangements were made in 2007 to replace 2000- and 2002-series HK$1,000 notes from HSBC following the appearance of counterfeits, the bank regulator said at the time.