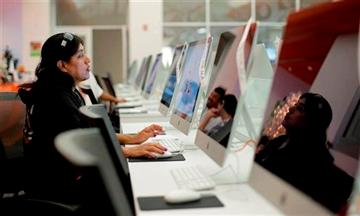 Hong Kong’s vibrant economy will be dulled as its population ages, an expert warns. And that could happen by 2041, when one in three people in the SAR is expected to be 65 or older.

“It is a huge concern for our population development,” University of Hong Kong social sciences professor Paul Yip Siu-fai said. “There will be more people but less who are working, so fewer people will be contributing to the economy.”

While some argue that the government forecasts for 2041 fail to make allowances for migration or those who will work beyond the retirement age of 65, the territory faces clear challenges on the economic and social fronts.

The impending demographic problem is reflected in programs such as Eldpathy, set up by University of Science and Technology students, which aims to foster more empathy toward the elderly by encouraging teenagers to try on movement-restricting suits designed to simulate the sensation of age on the body.

For others, the problem is not so much a high population of elderly but a lack of children. There are financial pressures, career- driven mentalities, limited space and exorbitant property costs that are seen as drivers of a per-woman fertility rate of 1.2 births, one of the lowest in the world.

“Young people do want to get married, but they just can’t afford to rent a place,” Yip said.

They tend to stay with parents longer to save for a flat, meaning they wait longer to get married and have children, he said. And those who do tie the knot do so much later and have a small window of opportunity to start families.

Many married couples “would rather have a pet than a child,” added Yip.

Based on current rates, if Hong Kong does not do anything about its aging problem it will have a median age of 56.3 years by 2040.

Chief Secretary for Administration Carrie Lam Cheng Yuet-ngor, who heads a committee that started a four-month public consultation on the issue in October, said the city must broaden and diversify its workforce to tackle the challenge of aging.