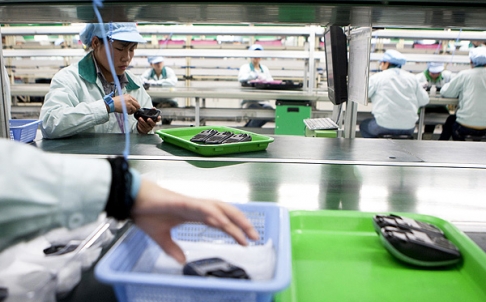 Advocates for a global deal to remove tariffs on a range of information and communications technology products hope that Beijing will return to the negotiating table with a more conciliatory approach, following the breakdown of talks in Geneva because of its demands.

The United States and dozens of other countries have put the blame squarely on China for setting back efforts to expand the scope of the Information Technology Agreement (ITA), a tariff-eliminating scheme established by a group of World Trade Organisation members in December 1996.

“Unfortunately, a diverse group of members participating in the negotiations determined that China’s current position makes progress impossible at this stage.”

Trade negotiators from around the world are in Geneva this week for what many expected to be the final round of talks to eliminate tariffs on about 260 products, which would form part of the “core list” of products covered by the ITA. This list has not been updated since 1996.

But China has asked for the removal of about 106 products from the talks, which was perceived as a major roadblock to reaching a new deal.

John Neuffer, a senior vice-president for global policy at US-based advocacy group Information Technology Industry Council, said in a blog post that China’s list “continues to call for the removal of critical products, such as next-generation semiconductors called MCOs, semiconductor-manufacturing equipment, medical devices, and even products already covered by the ITA, such as printers and monitors”.

An expanded ITA could remove tariffs on an estimated additional US$800 billion in information and communication technology trade globally, a 20 per cent increase over the US$4 trillion now covered annually.

“No country at the negotiating table should be able to have its cake and eat it too,” Neuffer said. “China is the world’s largest exporter of IT products, and will benefit enormously from this tariff elimination initiative. And it should not be allowed to continue to keep a wide swathe of tariffs in place that make it difficult for innovative, affordable tech products from the United States and around the world to enter the Chinese market.”

Froman said: “We are hopeful that China will carefully consider the concerns it heard this week from many of its negotiating partners, and revise its position in a way that will allow the prompt resumption of the negotiations.”

The US-based Consumer Electronics Association has called for the ITA talks to conclude no later than this December at the WTO ministerial conference in Bali, Indonesia.

Neuffer said a reason for optimism was that “Beijing got the message loud and clear from its trading partners that it should reflect on its approach”.