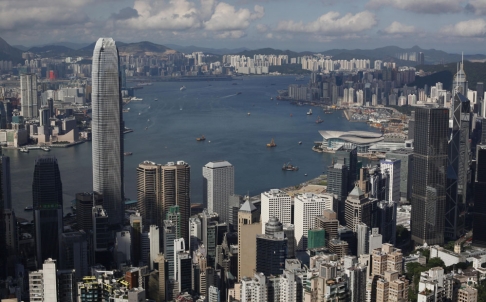 Despite lingering weakness in the economy, Hong Kong strengthened its position among the top 10 global markets for innovation, according to the latest rankings released yesterday.

Hong Kong was ranked seventh, up from eighth place last year, in the new Global Innovation Index (GII) survey. It moved ahead of Singapore, which fell to eighth place from third last year.

The city also sits alongside South Korea, Japan, Malaysia and mainland China as the top Asian markets for innovation.

The findings from the sixth edition of the GII – co-published by Cornell University, INSEAD business school and the World Intellectual Property Organisation – were unveiled at an event hosted by telecommunications equipment manufacturer Huawei Technologies in Shenzhen.

The GII report is a benchmark of the innovation capability of 142 global economies. It looks at criteria including institutions, human capital and research, infrastructure, and knowledge and technology outputs.

Switzerland remained the top-ranked market for innovation this year, followed by Sweden, Britain, the Netherlands, the United States and Finland. Rounding out the top 10 rankings were Denmark and Ireland.

Ken Hu, deputy chairman and co-chief executive at Huawei, said: “Innovation is the lifeblood of social and economic development, but it needs structured environments with open markets, free trade policies and protection for intellectual property to thrive.

“Based on our experience, we believe the capacity for innovation of Hong Kong should not be ignored.”

Hu pointed out that Huawei, the world’s second-largest telecommunications equipment supplier, had established extensive scientific cooperation with five universities based in Hong Kong since 2009, and spent “tens of millions of dollars” on these initiatives. In addition, Hong Kong’s open market and sound legal environment were important factors in fostering innovation, he said.

The GII survey also ranked Hong Kong No1 in infrastructure and market sophistication, as well as in the credit and investment sub-indices. But the city showed weakness in the percentage of hi-tech exports over total exports, which shrunk to 13.1 per cent this year from 44.8 per cent in 2010.

“Start-ups generally find it hard to get funding.”