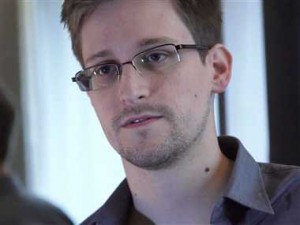 The US gave Edward Snowden’s middle name as James when it is Joseph, prompting Hong Kong’s decision to allow him to fly to Russia.

Hong Kong allowed him to fly to Moscow on Sunday, saying a US request for his arrest did not fully comply with its requirements.

Justice Secretary Rimsky Yuen has disclosed that discrepancies in the paperwork filed by US authorities were to blame.

He said Hong Kong immigration records listed Snowden’s middle name as Joseph, but the US government used the name James in some documents and referred to him only as Edward J Snowden in others.

“These three names are not exactly the same, therefore we believed that there was a need to clarify,” he said.

The decision to let the whistleblower leave Hong Kong irked the White House, which said it damaged US-Chinese relations.

Mr Yuen said the confusion over Snowden’s identification and his passport were among factors that delayed an arrest.

He said the government requested clarification from its counterparts in the US on Friday afternoon.

“Up until the minute of Snowden’s departure, the very minute, the US Department of Justice did not reply to our request for further information.”

Snowden was subsequently allowed to board a plane from Hong Kong to Moscow, where he was booked on a Havana-bound flight en route to Venezuela and possibly on to Ecuador were he would likely seek asylum.

But the American did not board the flight to Cuba on Monday and is still believed to be hiding out at Sheremetyevo airport.

Russian officials have rejected US calls to hand him over, saying Snowden is in a transit area and has not officially crossed the Russian border.

Meanwhile, an official from Ecuador says it could take months to decide whether to grant Snowden asylum in the Latin American country.

Speaking during a visit to Malaysia, Ecuadorean Foreign Minister Ricardo Patino said his country would need to take into consideration its relations with the US when evaluating the decision.

He compared Snowden’s case to that of Julian Assange, the founder of anti-secrecy group WikiLeaks, who has been given asylum in the Ecuadorean Embassy in London.

Mr Patino refused to say what criteria his government would use to decide, but added that it would “consider all these risks”, including concerns that helping Snowden would hurt trade with the US and damage Ecuador’s economy.