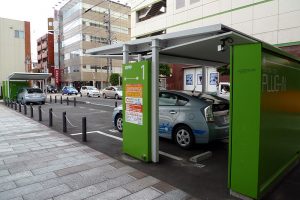 Toyota Motor Corporation (TMC) announces that cumulative global sales of its hybrid vehicles topped the 5 million unit mark as of March 31, 2013, reaching 5.125 million units,  a milestone for technology that was initially greeted with skepticism.

The Japanese automaker started selling the Prius, the world’s first mass produced hybrid passenger car, in 1997. Gas-electric hybrids deliver fuel efficiency by switching back and forth between a gasoline engine and electric motor depending on speed and other driving conditions, and recharges as it travels. TMC hybrid vehicles  have resulted in approximately 34 million fewer tons of CO2 emissions – believed to be a cause of global warming – than would have been emitted by gasoline-powered vehicles of similar size and driving performance. TMC also estimates that its hybrid vehicles have saved approximately 12 million kiloliters of gasoline compared to the amount used by gasoline-powered vehicles of similar size. Since gas prices have skyrocketed and nations around the world are grappling with pollution and global warming. Interest in Hybrid cars have become ever more popular.

The Japanese automaker said sales of hybrid vehicles now account for 14 percent of its global sales and 40 percent its sales in Japan.