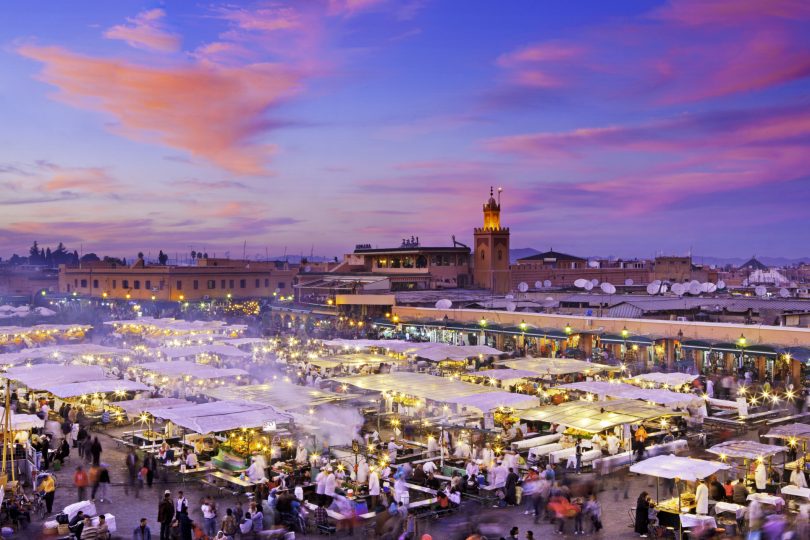 The Chinese are passionate about Morocco

Given the romantic notions of adventure in the movie Casablanca, with Humphrey Bogart and his famous line, “We’ll always have Casablanca!” Or Lawrence of Arabia, when in the early 1960s Morocco was selected to do the shooting for this amazing movie along its wadis and colorful dunes.  After that, it was Star Wars and Game of Thrones.

And what better place to illustrate this country of picture-perfect beauty.  One which snakes inching closely to the southern-tip of Europe and down West Africa.  The coastline itself is one of souks and turquoise waters.

The Morocco I experienced crossing via ferry from Spain through the Gibraltar Straits with my parents into this exotic West-African country.  Considered part of the Middle-Eastern World and at the same time, too liberalized to be.

It’s a land of crossroads and contrast.  Where frequently Arab, French, Spanish and English is exchanged like the currencies of Moroccan Dirham, British Pounds and Euros.  This is a garden market where the literal welcome carpet comes out with tea and a place to do commerce.

Entering a market, there are the smells.  Sometimes delightfully sweet of the Narguile/Hookah (smoke pips), mint teas, couscous with lamb to savor, olives or desserts.  But, it also has those unpredictable aromas of camels and live stock.  And well, you know, back alley toilets and tanneries!

Today and more than ever, Morocco has opened-up like a shell for the Eastern-World to enjoy and it’s open for business!  And people are flocking in the millions.  Before and for the most part, it was Europeans, Americans and Japanese.  Now, Chinese are taking center stage and the advantage of frequent flights from Beijing/Shanghai to Rabat or might as well be Marrakesh.

A world which has opened after the forced closure of Egypt several years ago.

You’ll notice and for different reasons, Chinese women avoiding the sun or too much tanning. One can only promptly observe a sea of umbrellas and females in tour-groups buying/wearing the hijab (Muslim head cover), but not for religious reasons.  It’s to protect themselves more from those UV (ultraviolet) rays!

Morocco’s temperatures can get intense.  It’s after all a desert country, and at night, it can plummet, to the point of extremely cold.

Snake charmers are around the local markets doing their mystical incantations and hypnotizing these reptiles for the visitors to admire.

And one thing is certain, there’s no boredom.  Not from the travel to the food…  It’s enjoyable and deliciously appetizing at every corner.

Why have Chinese selected Morocco in the last six or seven years?

Other than bringing the Middle East closer to the curious visitor.  It’s a country of long traditions and history, like China.  It’s a nation of beauty, friendly and worth the visit.

Hey, I’ve done it twice and you don’t know what you’re missing!  Therefore, ‘don’t knock it till you try it!’

Last year, this country made the 11th position in best/most popular countries to travel in the world.  It’s a growing tourist destination for Chinese, since several realities shows in China have given this delightful and friendly place the exposure it needs. Plus, depending on travel plans, Morocco will bring the traveler closer to Europe and only 35 to 70 minutes: depending if it’s a high-speed boat or ferry ride.

Can’t beat that!  Then, what are you waiting for?  Go for it!