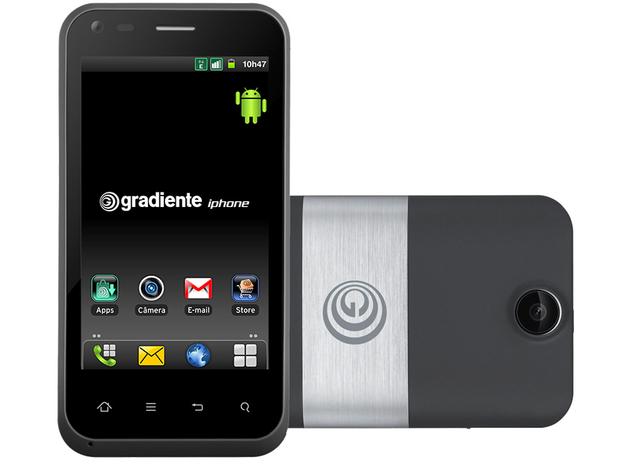 Brazilian famous manufacturer, Gradiente has just released a new cell phone in Brazil, which they named the ‘IPHONE’. Note the “I” is capitalized.

Have you heard of Gradient? Probably most people in Hong Kong have never heard about it. But Gradiente is a manufacturer of electronics that was very popular in the Brazilian market in the 70s and 80s, but in the last decade, it has faced financial difficulties and left the market. Now it is back – launching a line of Android smartphones  named Gradient IPHONE. The company claims to be the owner of the name IPHONE, which it registered in 2000, and sends a message to Apple: in a note, which says “we will adopt any measures used by companies worldwide to ensure the preservation of our intellectual property rights. “.

Apple has not yet manifested about. But it is not the first time it faces problems related to the name. In 2006, a year before the emergence of the smartphone, the network equipment maker Cisco has released a desktop phone called the iPhone . That produced a fight in a U.S. court, but the two companies ended up making a deal. It is likely that this will also happen now – and Gradient is just wanting attention.