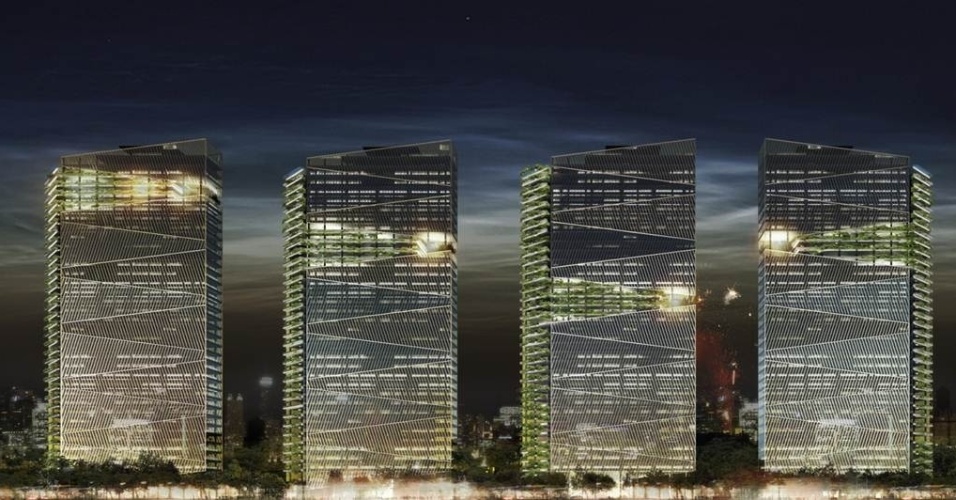 The American billionaire Donald Trump has shown interest in the investment boom of Rio de Janeiro and will be building a set of commercial towers in the port area of the city.

The five towers that promise to change the face of the center of Rio de Janeiro were presented on Tuesday (18) by Donald Trump Junior, with a message from his father, recorded in New York.

The total investment was not announced because it will depend on demand. At first, only two towers will be built. The others will only go up if there is anyone buying offices, which will be the most expensive in city.

The Trump Towers will be financed with funds from Caixa Economica Federal. The project is a developer from Bulgaria and the work will be done by a group from São Paulo.  “We’re looking for the best place in Rio,” says Trump Junior, “because the market is growing, and we want to participate in it for a long time.”

Recently, Microsoft has announced it will install a laboratory in Rio de Janeiro, and inject $ 200 million into the economy. According to the state government, half the investments made in 2012 in Rio by companies came from other countries. This year, the city of Rio alone has received at least $ 3.8 billion.

According to experts, the possibility of doing business in oil and gas and the proximity of the World Cup and the Olympics favor growth, but the same experts point: we must still do our homework.

The FGV economist Armando Castelar says the money is welcome, but he says we must pay attention to infrastructure (airports poorly scaled, bad telephone system, roads in bad shape) and a lack of skills among people working in the service sector.

“We made good progress, but that homework must still be done for a long time, but we have to risk going back again and worsen our business environment,” says Castelar.