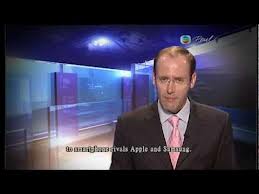 New TV licenses to be giving by the government to promote free competition may be putting English broadcast in danger. Find out why.

Every TV Broadcasting company in HK has to broadcast an English channel alongside with their Chinese (Cantonese) channel according to the law. So, for more than 30 years, there were only 4 free-to-air TV channels in the S.A.R. With the introduction of digital TV back in Dec 31, 2007, Hong Kong got additional TV channels, such as CCTV and Shenzhen TV from the mainland.

On the other hand, none of the 3 new TV license applicants are planning to carry English channels and the government seems to be fine with that.  City Telecom, i-Cable’s Fantastic Television and PCCW’s Hong Kong Television Entertainment have each submitted an application.

Free competition is a good thing but only if all the players are running under the same circumstances. If the government wants to grant new licenses, it should impose all the 3 new applicants to broadcast English channels alongside with their Chinese ones. Rules should be applied to everyone.

Viewers of course benefit if additional TV stations generate increased competition. But the question is not whether the government should issue more TV licenses, it’s what terms accompany such licenses. Legislators, in pandering to the public, are focusing solely on the shallow argument that more licenses offer more choice.

What will probably happen in the long run is that ATV won’t be able to carry ATV World anymore, which will leave HK with only one English channel. People mistakenly think that increasing the competition will lead to a better quality of English broadcast, but since there will be no new English channels, eventually the SAR will be left with only one of them.

Some may mention that there are a lot of English channels on services like Now TV and i-Cable but those ones are paid channels. A recent study shows that HK students’ English proficiency has declined over the years and it is now below countries such as South Korea and Japan. If the government wants to promote English education and proficiency in the SAR, it should promote English TV broadcasting here, not the other way around.

Hong Kong prides itself on its sense of fair play. So how is it fair if TVB and ATV are forced to compete with new players who don’t have to play by the same tough rules? How fair is it if the new players are exempt from having costly English channels? How does that benefit the public or advance our desire to be an international city?

Ricky Wong Wai-kay from City Telecom, should not be treated as an innocent victim. He claims to have sold his business and have invested millions in a TV station. But shouldn’t he do that after getting a proper license?