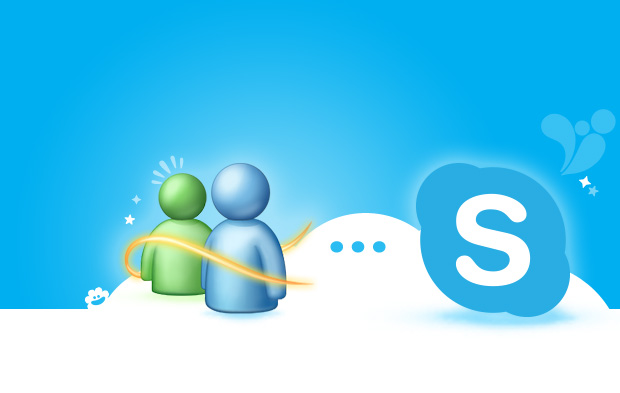 Microsoft has just announced it intends to ditch its instant message chat tool and replace it with Skype’s messaging tool. The service will still be available in Mainland China.

The news comes 18 months after the software giant announced it was paying $8.5bn (HK$63.3bn) for the communications software developer.

Microsoft said Windows Live Messenger (WLM) would be turned off by March 2013 worldwide, with the exception of Mainland China.

It reflects the firm’s determination to focus its efforts on Skype.

WLM launched in 1999 when it was known as MSN Messenger. Over time, photo delivery, video calls and games were added to the package’s text-based messages.

The main reason for the termination of Windows Live Messenger is because Skype has now all the features that Live Messenger does, so for Microsoft it is not beneficial to have two applications competing with each other. Although Live Messenger still has more active users than Skype, the latter has now a higher growth rate per month and Skype is more compatible with xBox 360 and other Microsoft platforms.

Skype offers tools that can help users with the migration from Live Messenger to Skype.

Users from both Hong Kong and Macau will have their Windows Live Messenger apps terminated by March 2013 following other parts of the world. The decision of continuing to provide the service in mainland China was taken because of the customer base is extensive and Microsoft is putting efforts to increase its coverage there.

It has recently released a new version of Windows Live Messenger specific for Mainland China on the Windows Mobile platform. Since the target is the Chinese audience, there is no English version available.