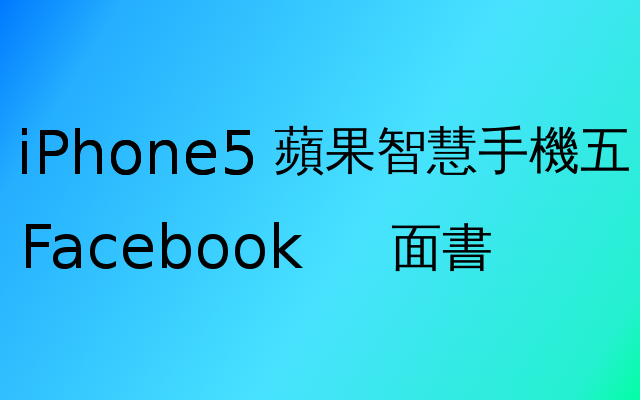 The Hong Kong Examination Authority says when people speak Chinese, it should be rendered as “Apple’s smartphone five” (蘋果智慧手機五) and by the same token, Facebook must be translated to the combination of the words “face” and “book” (面書).

The Authority published the first “Diploma Examination Report and Question Papers “. The report volume IV, which is related to oral skills in Chinese language, pointed out that the candidates usually used words such as “iPhone”, “iPad”, “Facebook” from the English vocabulary instead of Chinese, reflecting what they so called “poor communication skills”.

Some students were even faulted for using these English words in their Chinese language oral test in the first Diploma of Secondary Education Examination earlier this year.

Moreover, the report pointed out that the candidates casual discourse often made use of  words like “call”, “for”, “sorry” in English, and it states that “Candidates should note that the Chinese Oral Examination language is Chinese, so the inclusion of English words during the exam, in fact, reflects the poor skills of the candidates”.

However, one must agree that these guidelines by the HKEA won’t find any acceptance in popular speech forms. HongKongers will continue to say “iPhone5” and “Facebook” when speaking Chinese. A lot of words used in daily life such as “send email”, “contract”, “mortgage” and “server” are used when people speak Cantonese here. Due to the fact that HK used to be a British territory, the Cantonese language has evolved here in a unique way, and as of today, it carries a lot of vocabulary derived from foreign languages, especially English. This makes Cantonese spoken in HK different from Cantonese spoken in the mainland.