The greatest basketball player in the world today is the star of the newest commercial in the U.S. LeBron James, MVP of the season and NBA Finals 2011-2012, when he received from Samsung a Galaxy Note II customized with his initials on the cover and used it to show a day in his life in the new ad. 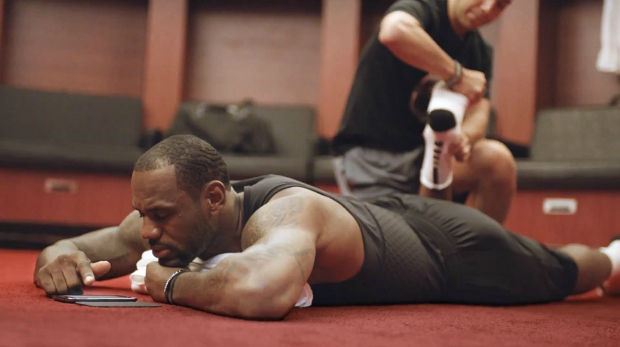 The campaign became a big blockbuster and now has nearly six million views on YouTube. In the video, LeBron lives in expectation of the first night of the season in the NBA, when the Miami team faced the Boston Celtics and he would get the championship ring from last year in a ceremony. This took place last October 30, when the video was aired on U.S. television for the first time. 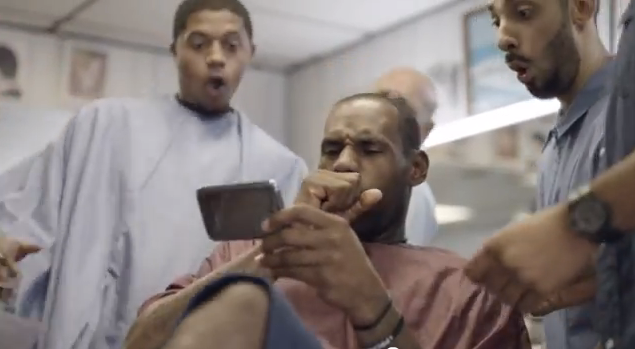 Player to watch basketball videos on the screen of the new device (Photo: Play / YouTube)

The footage begins with the athlete playing with the children in your home. Then he receives a text from Magic Johnson, former NBA player and one of the biggest superstars in the history of the sport, congratulating him and wishing him an unforgettable night. From there, the player receives several honors and records the moments with the phone, taking pictures of the fans and watching videos received over the Internet, until time to go get on the court. Even his haircut is registered with Note 2.

The curious thing is that sometimes the video coincides with “real life”, despite having been written about a week before the 30th of October. For example: the announcement of Samsung, shows LeBron taking a picture of his pair of golden shoes made by Nike especially for the game. The wing, in fact, published a picture of the shoes on Twitter on the day the phone was released.

According to the South Korean company, the idea is to bring together big names to Note 2, making a connection with the phrase “The next big thing is here,” which is used by the company as a slogan for the product. The video is directed by Mark Romanek from, of Anonymous Content, and seems to have achieved the desired effect.