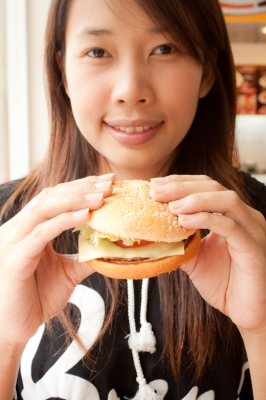 A recent research suggests that 8 out of 10 people are at risk of dementia as a result of eating cholesterol-rich food.

Vascular dementia is the deterioration of thinking skills caused by conditions that block or reduce blood flow to the brain, depriving cells of oxygen and nutrients.

The respondents mentioned they eat foods rich in cholesterol, such as fried noodles and fish balls. Only 2% of the respondents look at the nutrition values printed on the foods they eat and only 10% of them exercise on a regular basis.

Neurology specialist Lo Man- wai said high cholesterol is one of the main causes of vascular dementia. Sufferers may experience a deterioration in thinking skills and vision loss. Symptoms become more obvious when they occur soon after a stroke.

“Slightly high levels of cholesterol in middle age can raise the chance of suffering from vascular dementia by 50percent 30 years later,” Lo said.

Half the interviewees had they don’t take medical checkups for cholesterol despite eating junk food. Although some respondents said cook at home, they still fry food 3 times a week. About 30% say they have short memories or are suffering deterioration.

Nutritionist Fan Chi-yeung said youngsters tend to eat out and are attracted to snack bars at convenience stores, which results in their higher cholesterol at an earlier age. He suggested the public eat no more than 300 milligrams of cholesterol daily.