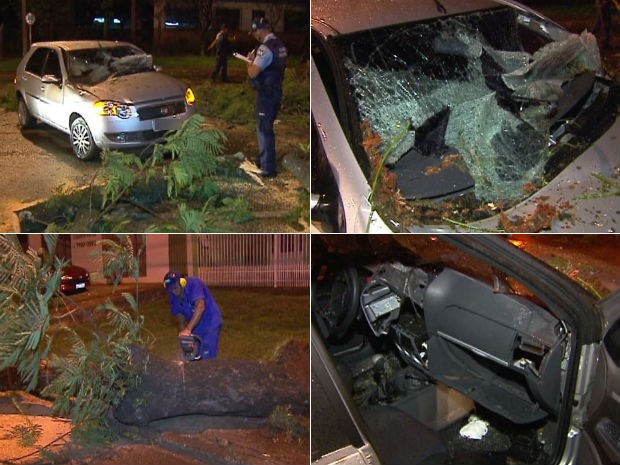 Images from a security camera recorded seconds before the incident shows when a tree fell on a car after a windstorm that hit Foz do Iguaçu in western Paraná, on the afternoon of Monday (22). The vehicle was struck by a truck on Avenida República Argentina.
The tree fell on the windshield and destroyed the front of the car. A woman who was on the passenger seat had minor injuries and was taken to the City Hospital, but was released a few hours later. The street was partially closed by firemen.

More trouble
The rain and winds that hit Paraná, since Monday (22), have already caused damage and various disorders. According to the Civil Defense, 7300 people have been affected.
The worst-hit city, according to the survey, was Pinhais, in the Metropolitan Region of Curitiba, where 4500 people suffered the damage. In the early evening of Monday, the hail that fell in the region left 40,000 people without electricity.