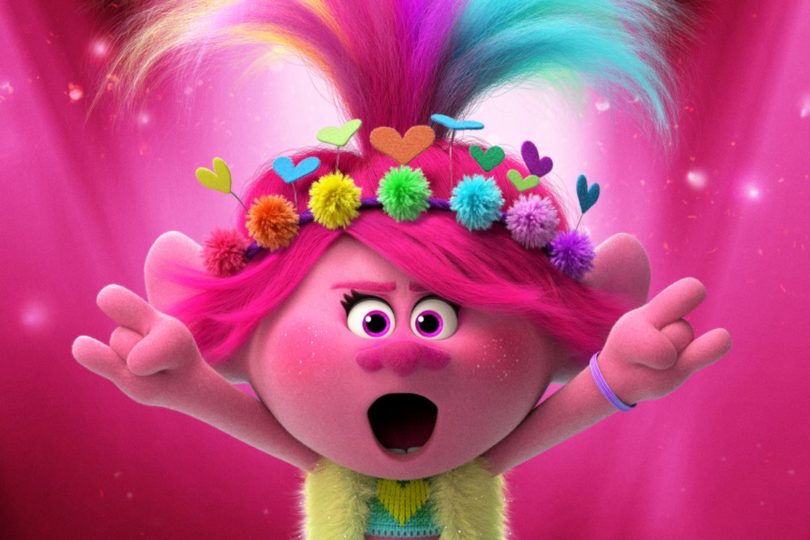 Trolls is super cool for babies

The colors just exploded onto the screen, in a magical procession of twisted neon and sounds.  As babies watched the film “Trolls”, their bodies began to wiggle: arms up in the air–”Waving like they didn’t care!” Legs doing an ultimate dance to conquer this moment in the purity of their lives.  The cartoon itself piped the sound of “Girls just want to have fun!” (you know, the ‘Cindy Lauper’ single).  It galloped through the living room like a high-speed train, as infants in their own way (on a play date) began to shake and move in this delicious-funky moment.

Mia’s eyes lit-up and sounds like, “Goo-goo gaga” in emotions came out with “Baba!” She laughed and raised her voice to a holler in delight.  As rainbows and other tunes covered the screen.  I looked at her, it was easy to enjoy this funny moment when she delighted herself in it.

You know, I thought, cartoons nowadays are so cool for babies to watch! What a super neat way to enjoy something in a motion picture of art and music blending together to perfection.  This is a way to learn not only about the jams, but possibly teach babies a language and musical one.  Cartoons in my day barely moved on the screen.  Today, this art form is one with great music, songs, dancing and spinning to a groovy-rhythm.  Taking on a whole new life of its own!  The characters don’t miss a beat at all!

This style didn’t only captivate a baby’s attention, but also in a hilarious way, the adults watching it began to groove and dance with their baby belts on!

In this movie, “Trolls: A musical world”, the trolls come together for their annual-musical competition.  But there is one troll tribe who wants to force their musical way on others.  The plan is evil and Machiavellian, as one of the ‘bad’ trolls, Barb wants to hypnotize, conquer and enslave others with her music.  She nearly makes it, until Poppy and other trolls of the four tribes stand-up against Barb and don’t allow themselves to be hypnotized into slavery.  In the end, all five tribes comes together peacefully.  If only things in the world were that simple.

What’s the message or lesson in this movie?

Plain and easy to understand, creative differences are important for the world to thrive.  Without differences we would be enslaved into one mentality.  That is the biggest lesson, and the ultimate one in the movie is: acceptance, respect and tolerance of each others’ culture and way of life in a peaceful way.

If I were a movie critic, which I am not, I would give the film a four-and-a-half stars out-of-five.  To be honest, it was better than the first one.  Sweet indeed, and by the end of the movie, I put my baby belt on and was swinging and dancing with my daughter!