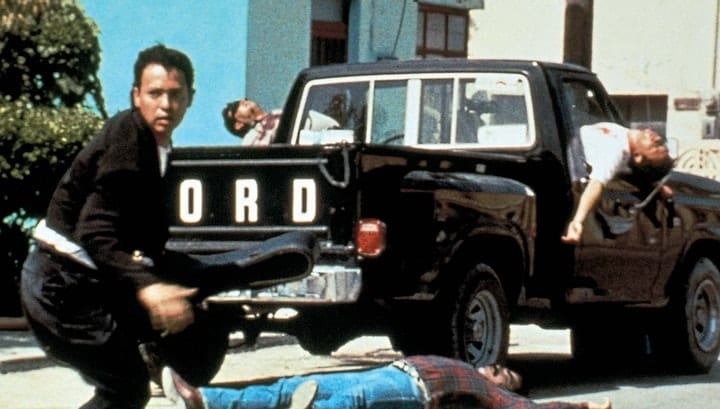 A movie studio should begin with the following ingredients: a great cast of actors and a good script.  The latter two elements can turn a motion picture into a legacy, a classic to be easily repeated, with a recipe to create a cult vision for other directors to follow upon.  The celluloid can take form in a low-budget style and it doesn’t mean it’s necessarily bad quality.  All it takes is some really talented people to bring it together.

This was how Robert Rodriguez got his start in the movie business, when he made the film ‘Mariachi’ (1992), and it only cost him at the time $10,000 (USD – around 70,000 RMB).  The flick grossed over 2-million (USD) and Mister Rodriguez was able to continue directing/producing the ‘Mariachi franchise’ which made him millions and it lasted 11-years on the market.

That is why, we have such greats in Hollywood, like Quentin Tarantino; who starred in a low-budget gangster classic called, ‘Reservoir Dogs’ (1991). Mister Tarantino proved himself to be a terrible actor; however, with his success in ‘Reservoir Dogs’ – he earned his chops as a genius director. Thanks to this opportunity, Tarantino was able to go on and direct classics like: ‘Pulp Fiction’ and ‘Kill Bill’ (Vol. 1 & 2).

There is a superb example in the Russian-classic, ‘Come and See’ (1985). And excuse the reference, but the motion picture will literary make your skin crawl.  It was shot in a low-budget style in Belorussia (Belarus) during the Soviet-era.  Actually, the movie didn’t gross more than $168,817 (USD).  But what came from the mind of Elem Klimov was ‘movie gold’.  It is one of the most realistic war movies to watch.  The movie shows true evil personified in the characters and how an army can horribly dehumanize a people. When the famous movie critic Roger Ebert saw it, this was his critique, “I have rarely seen a film more ruthless in its depiction of human evil.” It is a must see in the international repertoire of movie classics.

Another cult-classic that started as a quite cheaply-budgeted film was, ‘Mad Max’ (1979).  Yes, the original version with Mel Gibson, and directed by George Miller.  It was originally made with an Australian-English accent, and later dubbed into an American-accent to fit U.S. moviegoers.  The movie was made for less than $350 thousand-Australian-dollars and it later grossed over $100-million worldwide.

There is a point with all of this said.  It is not how much is invested in the film.  It is the quality and not the quantity at the end of the day.  Movie studios have made million-dollar flops.  Take an example such as, ‘John Carter’; a piece of cinematography which cost the studios $200 million and it was a failure, total rubbish. When some Hollywood directors have made ‘movie magic’ with less than a budget of $250-thousand and produced a watchable classic to see for years to come (whether it was for movie theaters or television).  This has been a constant debate amongst directors and producers for decades in Tinseltown, to spend or not to spend.  But given the fact that lately movies have been losing money, some think it is better to make something well produced on the thrift.

Take your pick, watch the great blockbusters or a simply made movie with content which hits the spot.  If you are the audience, choose wisely.