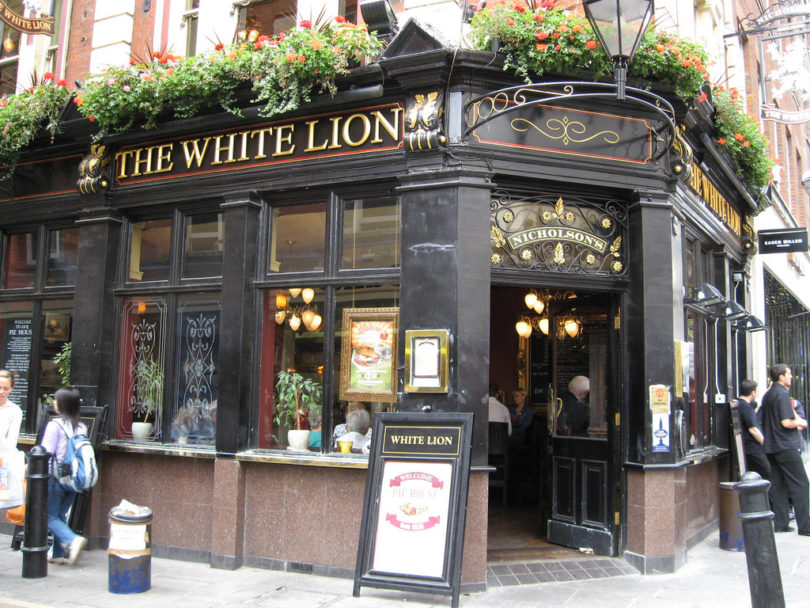 OMG, “The end is nigh!”: Is it the end of the English Public House?

Across the former colonies of the Empire and United Kingdom, the concept of the English Pub stood for something greater than ourselves.  It was the place to come together, socialize, not only eat, but drink and be merry. Forget all our worries at least till the next day.  A fun place to meet with friends, play games (darts or billiards), drink our fill and feel complete in a jolly atmosphere of ‘cheers’ and ‘toasts’!

There was a beauty in the pub which I admired.  Being an American-street kid who was stationed in England in the late 1980s, the time was magical. Entering for the first time into ‘Mickey’s Tea Bar’, I sat for a pint of Guinness and knew what was to fall in love with something extraordinary.  As I recalled the song by The Smithereens being played in the background, “A girl like you”.  The beer with its bitter-but sweet in taste, and it went down the ‘hatchet’ nicely.  It was a period in history when the British pub went from local cuisine to the fusion of continental/international.  It was wonderful to taste that gorgeous cuisines of Meat Pies, the British Banger, an English Breakfast, Fish & Chips or a Sunday Roast.  Just delightful indeed. Memories that at times I can only dream of and when I visit the U.K., I can still experience the wonders of the pub with old friends in cool conversation.

The Pub is as traditional as England itself, going back 800 years.  It was always a place to gather, drink, complain about life’s trouble, eat some pretty-good local food and continue in smooth conversation with one pint after the other.  Some people made the pub their ‘home’ several times a week and enjoyed the vibrant atmosphere of good music and humour to go with the experience.

But also, the Pub did have its rough patches and negativity with the frequency of binge drinking and later the problems of hooliganism after football matches in the 1990s and early 2000s.

Now, with the issues of the pandemic and economic problems facing the entire world, some pubs have had to close down permanently.  Pubs are going out of business in a dramatic way.  However, even before the issues of the virus began.  Pubs had been suffering from the downsizing of customers.  The public houses began smoking bans across the U.K.; this limited some of their customer base.  The other problem has been the struggle of the British economy in the last 15 years; where once, the pub was a place to get cheap but delicious food and drink.  Now that has drastically changed with prices souring with alcohol and anything which is culinary.

Therefore, what can be done?

The strategy which is happening in the U.K. is to create a larger international/local base of customers.  And like social classes, the British Pub has had to adapt in the same way.  Specifically adapting to a certain type of customers and their likes.  The pubs back in England and the entire U.K. are dividing the establishments into: the traditional pub (for the old fashioned guys like me), the fusion pub/restaurant (one that not only serves drinks, but expensive food), the microbrewery (which was adapted from the States with the change in the economy and only serves certain types of beers; whether local or international–China has a number of these) and last but not least, the Sports bar/pub (focused only on music or to watch sports matches, while nursing a drink).

My belief is the following: the traditional pub will never disappear, just evolve into something better.  Will the pub be gone forever?  I don’t think so.  While they are still those who believe in socializing, the traditional pub, its history and enjoying great food/drink–the pub will certainly be around long after.  The public house is just going through a difficult period and like all things that pass, so will this!