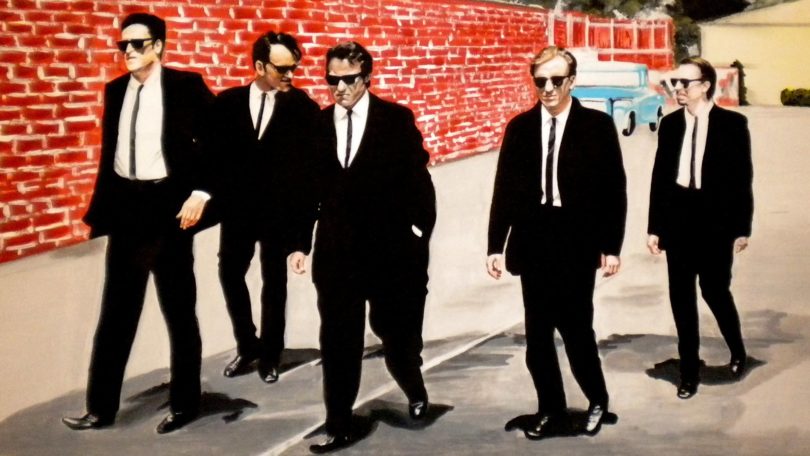 ‘Reservoir Dogs’ is a fictional movie.  The typical gangster film with a rich storyline that pulls the viewer in with excitement.

It is a about five perfect strangers who come together to rob a jewelry store in Los Angeles, California.  There is a police officer (undercover cop) amongst the five men who is trying to foil the crime.  But it so happens that everything goes wrong and instead of helping each other, most of them end up killing each other.

Reservoir Dogs’ was made by the talented director, Quentin Tarantino.  He made this film in 1992.  This film is approximately 1 hour and 39 minutes long.

As I watched the film, I didn’t only feel amazed about Tarantino’s early work.  At the time, it wasn’t his best movie; but it was one that easily and quickly moved until it became a classic-gangster flick.  Enjoyable to say the least and fun to watch, with so many twist and turns in the plot, that ‘it kept me at the edge of my seat’.  Therefore, I gave this captivating film four stars out of five for its content.  A must see for those who love iconic-gangster movies.