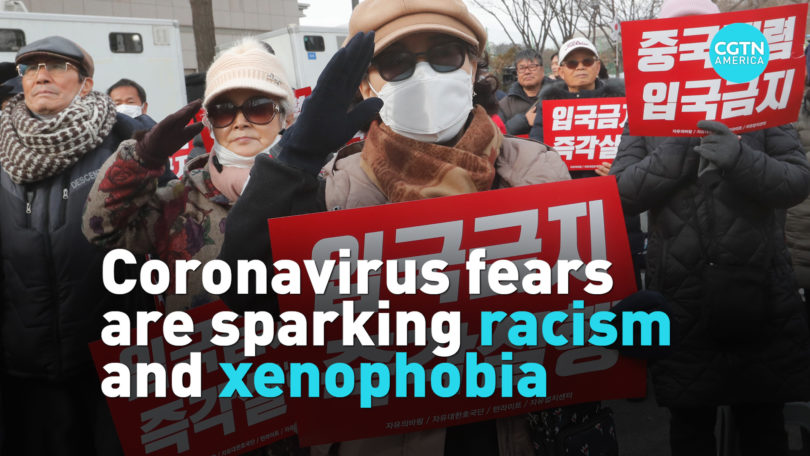 Shenzhen, Guangdong, China (15 December, 2020) – Corona virus began as an illness which started to manifest in China around mid-December, 2019. Sadly and in a span of several weeks, this virus mushroomed into a pandemic that was controlled in China.  At the same time, it was no short of a miracle.

The virus’ origins began in Wuhan, Hubei Province.  It was discovered by Doctor Li Winliang and tragically he later contracted it and passed away (R.I.P.).

What later spiraled out of control were peoples’ behaviour.  People behaving like literal ‘lost puppies’ in panic.  When the virus itself is certainly a danger, but not enough to cause people to behave like animals. There is only 2% danger of those exposed in contracting it.  The percentage goes higher in areas of high exposure, it can go up to 98% in crowded areas of 40 people or more.  But the issue here is, with proper precautions, there’s no need to suffer from this contagion.  Washing hands constantly and wearing a mask are just parts of the matter.  Hygiene is imperative during these times, covering mouth when sneezing, using a hand sanitize and washing laundry on a daily basis–since the virus can live on surfaces up to two-hours.

The media in certain instances didn’t help to the fact and multiplied the population’s panic when it literally added ‘fuel to the fire’.  The conspiracy theories which grew from this world emergency became outrageous and appalling.  It was harder to grasp how could thinking-intellectual minds behave in such a way.  One conspiracy theory which evolved from this emergency was that the U.S. Army spread the disease in Wuhan.  It didn’t end there.  Racism came from the Western media, while the Chinese flag was desecrated with the symbolism of the Corona virus.  The Das Spiegel magazine went further with the headline, ‘Made in China’ or the reports from the WSJ (Wall Street Journal) throwing blame on the Chinese with the title, ‘China is the Real Sick Man of Asia’ and therefore, forgetting their objectivity and fair mindedness as journalists.  It doesn’t mean that China has been completely innocent of racist or xenophobic behaviour in the past. China has, with targeting Mexicans during the Swine flu epidemic or blaming MERS on the Arabs.  Further, it got crazy when the ‘Dialogue’ anchor Yang Rui went on a xenophobic rant and accused all foreigners as “trash, thugs, ‘sleeping with innocent girls’ and spying in China.” This is not what one might expect out of thought-minded reporters [whether Chinese, foreigners or those abroad].  Those who fell into this type of trap: with yellow, sensationalist and hate driven-racist journalism on either side.  It is disgusting and in times of crisis there is a need to sustain all that is happening with the facts and not fairy-tales.

It seems that all these comments came out of an ignorant and jealous person’s mouth.  This is the sad truth about the media in this day and age.

With racist views spreading out of control.  It has manifested into a worldwide problem [like the pandemic] of people pushing and shoving without any consciousness on the trains here in China.  This xenophobia has gathered momentum with restaurant owners back in Europe and North America rejecting those who are Chinese from their places of business.  This same attitude has transgressed with Chinese owners rejecting foreigners from their restaurants across China.  To be completely transparent, I felt this scorn also.  There are new policies to benefit foreigners here in China and the local population has gone on a xenophobic tirade of sorts.

Not comprehending that all nations who consider themselves developed ought to have an immigrant population to benefit their society with the full richness of different cultures and a vibrant-economic trade.  This last statement isn’t only in reference to China, but it is also for the United States and United Kingdom.

My questions are the following: is the world going mad, are we repeating the same mistakes of the last century, can we condone this behaviour and are people this stupid to not understand that we live in a globalized society and we all depend on each other whether we like it or not?

The point to understand, yes, the Corona virus did originate in China; but illnesses, diseases and sicknesses do not have skin colour, creed, religion or any type of ethnicity.  These viruses can attack and hurt anybody at anytime.  That is the most important thing in comprehending this virus before people target wrongly an specific group.

One last note.  At the same time, kudos to Liu Xin (Chinese journalist) for exposing on CGTN in her four-minute+segment the racism perpetrated against China by the Western media during the Corona-virus outbreak.