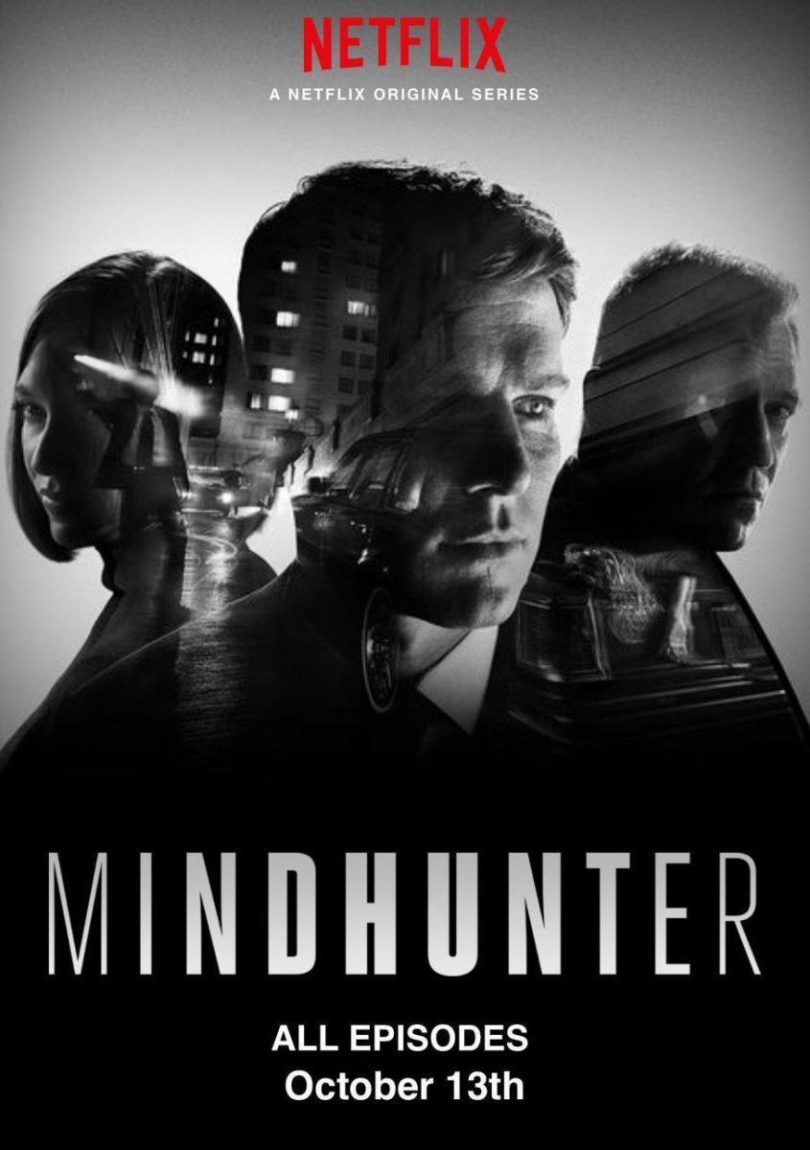 The Mindhunter T.V. show pulls the viewer in, but not in the way it pulls people in with sex or action-packed violence.  The programme with a little bit of history and drama intends to focus on the creation of the BSU (Behavioral Science Unit) in the FBI’s Quantico, Virginia division.

This Netflix experience is a gem to be enjoyed and become a true classic if it’s allowed to develop into a full-Third Season.

The way Special Agent Holden Ford (superbly done by Jonathan Groff) takes a creative approach on how to understand the minds of serial killers.  While doing this, he with his partner, S.A. Bill Tench (Holt McCallany, performed excellently the grumpy-middle aged Agent) will have to invent a whole-new set of rules and vocabulary on how to deal with these psychopaths.  The better and most integral part of the team is when Doctor Wendy Carr (Anna Torv is a talented actress; however, she needs to control her Australian accent from coming out in certain scenes.) joins the ensemble.  Dr. Carr is literally the mum of the group, she keeps the cool when tempers flare between S.A. Ford’s rebellious nature and the older but-wiser, Tench.  In actuality, Tench is the leader of the Unit.

These three interview the most degenerate minds in society; trying to comprehend their M.O. (Modus Operandi).  But it isn’t all about their M.O. anymore.  It is about why people are psychologically twisted and they behave so gruesomely when killing their victims.  The interviewers go into the state of mind of these predators who are now locked in maximum-security prisons.  Asking them questions about their killing sprees.  It is in search on why they did it, their upbringing and what led them to their actions.  In other words, what made them ‘snap’!

From there, the Special Agents and Psychologist create a profile for the purposes of capturing future-mass murderers and serial killers in the process.

Mindhunter is based on the actual-career cases of Special Agents John Douglas and Robert K. Ressler, and Doctor Ann Wolbert-Burguess.  These three were an integral part in interviewing and bringing in the most dangerous serial killers in American history: Wayne Williams (First African-American serial killer responsible for the deaths of 23 children in the city of Atlanta.), Charles Manson (Part of the ‘Manson Family’ and Manson as a cult leader didn’t actually do any of the killings.  He ordered his followers to do it for him.), Ed Kemper (He killed his grandparents and later eight other people.), Jerome Brudos (Responsible for the murders of four women in Oregon.  He had a foot fetish and would later get off by wearing high-heels after killing his victims.), Monte Rissell (Raped and murdered five women.), David Berkowitz/‘Son of Sam’ (Who killed six people by listening to dog.) and Richard Speck (He murdered eight Chicago-nurse students in a single night!).

During the series Mindhunter in seasons 1 & 2 a strange and odd character is present.  This person is the serial killer, Dennis Rader or better known as the ‘BTK’ (Bind, Torture and Kill) Strangler who went on a killing spree and murdered 10 people. Season 2 leaves the audience with a cliffhanger; which fans of the series hope to see a resolution or a continuation of the storyline if Season 3 should be back the next-fall 2020.  Fans can only hope for the best.

What an excellent procedural-crime show!  For this reason, I gave Mindhunter’s first-two seasons four-out-of-five stars.  Well developed. Interesting enough and in a morbid way tries to understand the criminal mind.  For the above reasons, it’s worth the watch!