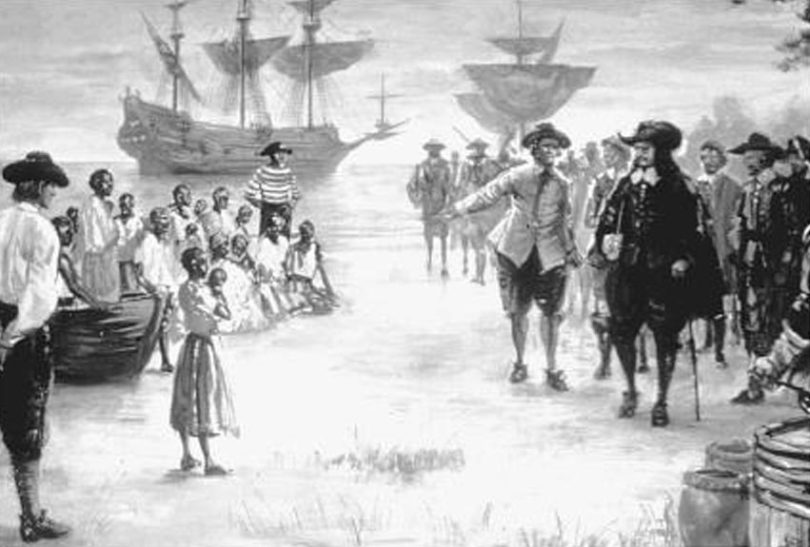 This December, 2020 will mark 400 years when the pilgrims first landed on Plymouth Rock to found their colony and start a dream for them to serve out their religious beliefs freely.  Without giving any servitude to the King, it was a chance to be freed of bondage or any spiritual servitude.  However, with the prejudices of the old world, they certainly brought those into the new one.  These prejudices were targeted against the Native Americans which they called ‘savages’.  Wondered who was the most savage, because the killing spree which ensued would last for the next 270 years against the Native tribes; even after America was founded on the concept of liberty, equal opportunity, pursuit of happiness and the same rights for all. Minorities for the most part have suffered the brunt of this abuse.  This would be the furthest for those citizens of Native American, slave or immigrant background till 1965, when Civil Rights came to pass.

The pilgrims at the time brought slaves into this new world, later calling this land Massachusetts.  It would be the beginning of the American dream and one also frequently mired in horror and racism.  Thinking and treating Africans worse than Native Americans, as something subhuman; therefore, these people could easily be enslaved.  Africans captured [usually] off the coast of Angola would end as property in the Americas.  This exploitation was already practiced.  There was slavery since ancient times; however, this would be the worst genocide in human history.  Over 33 million would be taken from the West African coastline.  This bondage started way before by the Portuguese in the 1450s.  A good portion of those Africans captured would end-up in a life of permanent servitude.  Being sold off at the leisure of their masters.  Average price of a slave in the 1850s was $300 (nearly $10,000 USD in today’s money).  Therefore, that slave could be easily verbally abused, slapped, chained, maimed, whipped or killed for challenging their owners. This went on and existed in the U.S. till 1865, end of the American Civil War (1861 – 1865).  In other words, 245 years of bondage before blacks were granted their freedom.  Something was certainly wrong when our founding fathers would state that, “All men are created equal!” However, some of them were rich-land owners who owned 200 or more slaves.

With freedom granted, this concept didn’t come entirely for those of African ancestry. Many of these people had to tolerate the Jim Crow Laws.  Under such laws, especially in 11-southern states, a person of black color could be easily called a “Girl!” or “Boy!” as adults.  They could be slapped, burned, whipped, castrated, thrown in jail without proper trail and lawyer or hanged if any white person felt insulted.  It didn’t matter the age of the African-American person.  States would simply deny them the right to vote. A black person was made to be humiliated and apologize even when they had done nothing wrong.  The Jim Crow Laws lasted 100 years.

Now coming to my point in turn and with all this wording, I am talking about 345 years of systemic abuse by the American system.  No human being deserves this, and here is why many African-Americans have the right to be angry.  Fifty-five years of Civil Rights don’t exchange for all the centuries of humiliation they have and had to endure.  Still, till present day, African-Americans are eight times more likely to be targeted on the streets than a white person; especially when talking about our ‘precious’ police force.  This problem has endured with a country which won’t recognize that it is racist.  The U.S. is a great land of immigrants; however, it has not given their fair shake to those who were forced here from Africa.  Calling them the “N-word” and feeling like America has the right to abuse them!  Till this day, you have websites which are openly racist against black people.  I guess with the freedom of expression they have the right to be racist or not; however, there is still a long way for Americans to come together and become a people of one.  I wish I could see that in my lifetime and sadly, I think I won’t!

The message is loud and clear.  Americans have a lot of work to do.