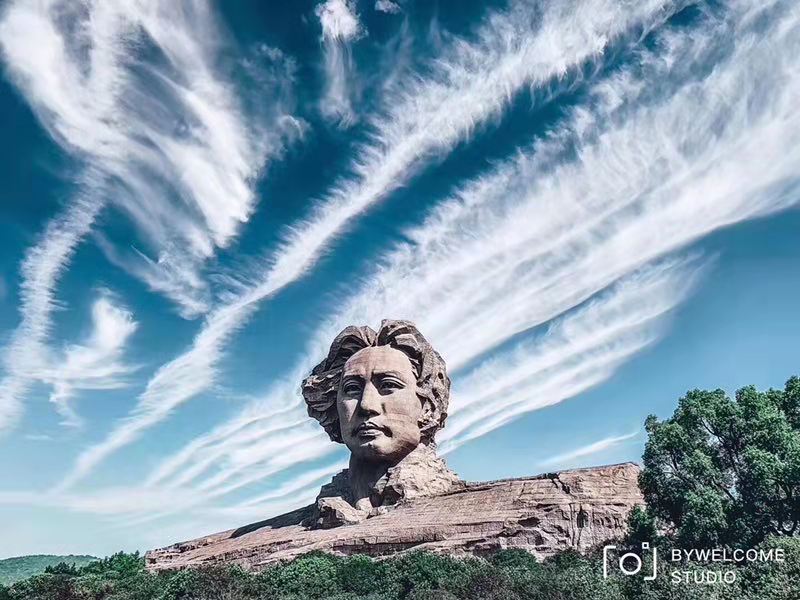 Whatever in reverence or any disagreement one might hold with the historical figure of Mao Zedong, one thing is certain, he was in essence what China did become by the middle of the 20th Century and after with people like Deng Xiaoping.

What Deng Xiaoping is to Shenzhen, Guangdong Province; Mao Zedong is to Changsha, Hunan.

Asking my spouse, Xiao Qin about Mao, she just simply added, “Without Mao, no China!”

As in Jonathan Spence’s book, ‘The Search for the Modern History of China’, there is no doubt that for millions of Chinese, many things have happened thanks to Mao.  This admiration is reflected in the currency, statues through the Ancient-Middle Kingdom and of course, throughout his beloved Changsha–where he is most loved.  Like the figure of Joseph Stalin back in mother Russia, Mao held his own against overwhelming odds to come out on top.  This teacher, warrior, scholar, writer, poet and later politician wasn’t a perfect man; and as most Chinese will contend in arguments, Mao was the man needed at the right time and the right place for the whole of China.  His ideas would later reach and circulate radicalized-American Colleges like Berkeley, with his ‘Little Red Book’ during the 1960s; this was specially true for the disenchanted-minorities students whom would later be sent to the Vietnam War.  There was a principle in his [Mao’s] words for social justice; although this was a period and a generation of the literally confused in China, and around the world.

For this part is a of history to be embarked inside Hunan and specially for the those who love the past.  It is quintessential to visit Changsha and reflect on the young statue of Mao.  Focusing not only on the 2.6 kilometre (that’s only one-way from the metro station) walk through.  Inside there is an isle lushly vegetated and idyllic to let the mind wanderlust into yesteryear.  This perimeter or park can be walked more or less in 20,000 steps, but the visitor would need more than 90-minutes of patience to just crisscross through the paths, bamboo gardens and forested areas which hold remnants to a bygone era.  The customs building that reflects the early part of 20th Century-art deco architecture and other areas which are a focal point for the people, such as: priest, missionaries and teachers who came and still come here to impart Western culture and teach English.  However, if the visitor is too tired or it’s an incredibly hot-day, it’s best to travel on the lazy route inside a motor carriage that will take the tourist on a round trip to and fro for 40 RMB.

Orange Isle, as it is known in English was the place where Mao would discuss on how he and his friends could better help in China’s destiny. Proving that it wasn’t only words, but actions which put young Mao into the path where he would not only become a teacher and writer.  He would become a man catapulted into the soldiering and political arena for the next 60 years.

If traveling to the Isle, please take line 2 of the Changsha Metro Service and get off at Juzizhou Station.