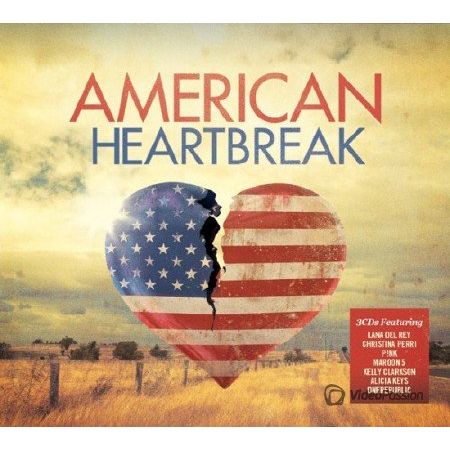 My country continues to break my heart

The United States of America is an amazing country.  The one I was born in and the one I love.  But things changed when I left for China over a decade ago.  Something which has been affecting the U.S. for the better part of 70 years and has continued to grow out of control.

First of all, China does have problems and no, I’m not there because I’m a communist.  I’m there to do what I love, teach without the impediments or bureaucracy holding our precious nation back.

The U.S. has been the leader of the free world, but lately it changed dramatically after September 11, 2001.  Making it a country of fear, suspicion, paranoia between ourselves and new arrivals. How did this happen?  When the epidemic of drugs grew, obesity and the craziness with guns got to be an issue that got out of hand.  As an American, I love the right to bear arms and at the same time the problems of mass shootings continue to hurt us.

Madness, when in the country which I care about wants to allow weapons inside classrooms or churches.  The places which I consider sanctuaries, temples of worship.

Americans have become the type to strike or punch somebody in the face and ask questions later.  I guess this was matter which took place during the old west and has continued throughout our history.  How can we point at other nations and call out human rights?  When we incarcerate children under the age of 13.  African-Americans are still stopped eight times more on the street and harassed by police than Caucasians.  Furthermore, transgender people are still treated inhumanely, when we should be the beacon to the world and feel the freedom which defines us. A country of immigrants that shows inclusiveness to all and doesn’t leave anybody out.

China isn’t perfect, by no means.  It is a country in development and with limitations on certain liberties; but what the U.S. is doing can be considered plain authoritarianism.  Especially when it has to do with the way law enforcement conducts itself towards the population.  The law depends too much on their guns and not on other methods to stop criminals.  Yes, the same Kung-fu which I practice in China can easily be incorporated into the police.

Students do suffer in China from long and exhausting days in the books. But they are still respectful to their teachers.  They do study to the point of madness; however, our students in the U.S. have become more entitled, lazy, arrogant to what they don’t know, think they deserve or haven’t earned.  Millions of U.S. students are lacking in the ability of a second language, humanities, music, sciences or math.  We can do it better and refuse to listen based on our own ignorant prejudices.  After all, we have a history of racism in our country; something deeply disturbing and that we must correct.  I have to say, that sometimes I grow sad with the behaviors.

The U.S. is the leader of the world, but it has become a fraction society; treating one another like trash.  I felt that with these attitudes, Thomas Jefferson would be turning in his grave!  I love what I do as a teacher and it is my right to teach in a peaceful environment in which I’m fully respected and without violence.  That is why I don’t teach in the U.S.  I may not agree with certain policies in China, but I can still feel safe in what I do and teach. This is all I wanted when I began teaching.  Another big one for me is to feel safe when I walk out my home after 10 o’clock at night.  Something I can’t do while visiting certain sections of my hometown New York.

We have become the country where the new American dream is all about money.  It isn’t anymore about quality of life, while we drown our own in constant debt.  To own a home or go to College has become a nightmare and close to an impossible goal for the 60 million poor in our nation.  China does have a housing crisis and bubble, but there are still chances to flourish once we take out the politics which divide us and think about the commonality that in reality does bring us together.

Americans can be very happy and friendly people, but are critical about others.  We point the finger and ‘call the tea pot black’, while our own kettle is the same.  When will we learn to stop it!  Easy to criticize the Chinese and at the same time, we have sold most of our businesses overseas to them. Ninety-percent of our clothing is made in China, including general hardware products.

I just want for people to become with our imperfections in the U.S. a kinder society.  I want things to go back to the way things used to be.  However I realize, things never will!  Change while reading a good book and learning something without stupidly opening our mouths.  Think before we speak would be great.  A less confrontational society would be wonderful!  May I suggest Thomas Friedman’s, ‘The World is Flat’ and his other classic, ‘That Used To Be Us’ or maybe Jonathan Spence’s, ‘In Search for the History of Modern China’.  The important thing is to see the rights and wrongs of each society, evaluate, have the right-freedom to choose and make ourselves better.  Isn’t this a better way to create free trade and live in peace?