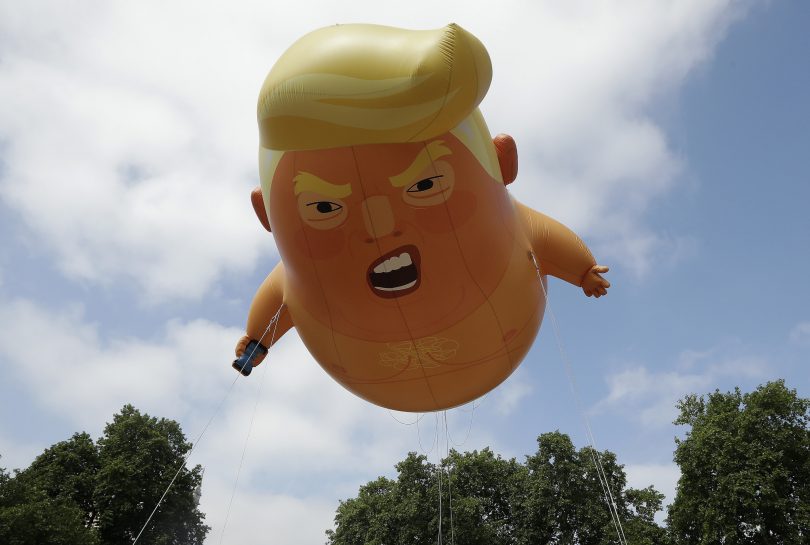 Racism is a disturbing thought and something taught across the globe, as with the case of discrimination.  Adults like children learn and do by what they see; whether it’s from their parents or leaders in government.  The only way to combat racism or discrimination for that matter is through education, tolerance and understanding of differences in people who aren’t our own or the same.  Learn by putting oneself in the other person’s shoes. But certain things make us all the same, humanity.

President Trump was born in a position of wealth, white privilege and knows that in his case he can get away with literally anything.  Nixon once said, “Nobody is above the law…” Well, this President has proven otherwise in his actions, words and crazy attitudes.

The matter is when you have the everyday ‘9 to 5’ moron wanting to do the same and gets his/herself fired for having an obtuse nature.  Ignorance is being passed on.  From people disrespecting others over the right to speak their own language, to a lack of knowledge of other peoples culture.  And of course, the stupid idiot whom won’t serve either law enforcement or first-respond crews.  The latter are the people whom will save our lives when we need them.

What President Trump has incited is deliberate hate towards minorities and has taught a population of right-wing ignorant trolls how to become better misogynist towards women.  Already we have a lack of tolerance and hate in our country, when this leader ought to be the constant stability and reassurance in peace.  He just wants to incite riots, hate and war!  With this said, look at the rise of white nationalism and mass shootings.

Trump has caused chaos throughout the population, and internationally with his actions and comments (transcending his stupidity across Europe, Mexico, Canada and China).  Whether a person is Republican, Democrat or Independent, all they will want to see in a candidate is a decorum and not a brand-new low on discriminatory racism; in which the everyday idiot tries to imitate and see if they can get away with. Well, for those out there reading these words, you’re not rich enough!  All what people are setting themselves up for is to get caught on tape, suffer a backlash, get fired, ostracized, probably end-up in court over a hate crime and even do jail or prison time.  Now, if this is what the local ‘Billy-Bob Bubba’ wants, then carry on.  If not, curve the actions, get educated, read a good book and stop imitating those whom are too rich or stupid and can easily get away with these behaviors.  Cause honestly, you’re the ‘average Joe’ and you can’t! Cooler heads and self-control will rule the day.  It doesn’t matter our ideology or background.  End of lesson.