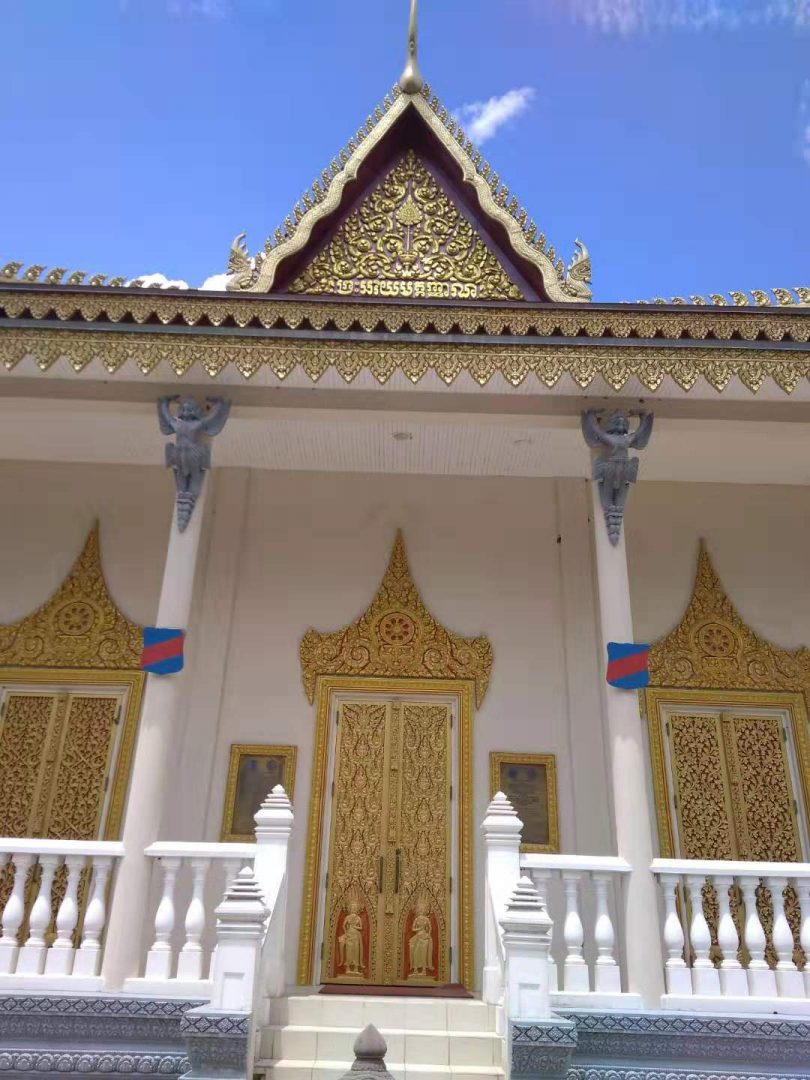 A piece of Cambodian Buddhism brought to Florida

Siddartha Gautama in the 5 century b.c.e. (Before Common Era) brought a philosophy of life which impacted most of Asia and around the world.  With over 500-million followers worldwide. Starting in Northern India and going to as far off Japan.

Some in Western culture think of it as a godless religion.  Buddhism is a way of life and religion to accept things with love, become content with life and nature.  Acceptance and letting go. There’s a deep respect for humanity, everything around which is living or breathing.  Breath everything and take it in.  Be in harmony…  Since it was established over 25 centuries before, it has grown and those who follow have a goal in reaching nirvana: a state of awareness achieved through practice, meditation and observance for all living things.

This is basically what the majority of religions and way of life teach us.  Just to strive, go forth in peace, respect and love.  In continuance, Buddhism is divided into three-main streams.  One which deeply impacted China from India (Vajrayana – Sanskrit) , the other which reached Japan (Mahayana or Zen Buddhism) and the last one went into Southeast Asia (Theravada).

To focus on something that is not only a relaxing experience, but one which in many ways can be cultural.  This temple located in Jacksonville is one of the few which caters to those who come here and contemplate life without any pressure.  The building is gorgeous and located on Clinton Avenue, reflects the beauty of total Cambodian culture with its Western elements. Buddhism is one to beat stress, flexibly adaptable to one’s lifestyle and not allow pressures or worries beat us.

The important thing to do is to come with an open heart and mind.  Ask questions and learn from something that maybe Western philosophy cannot cure.  But with a little mix of Eastern philosophy can help our bodies and minds click into back into health.

What matters is to mix Western and Eastern cultures in a positive manner. These can meet half way.  This is one of the reasons that other than doing yoga exercises (India), is to practice Buddhism.  What is great about Buddhist beliefs?  You can still hold to your beliefs without sacrificing your religion or way of life.  Even if you’re an atheist, you can still continue to do something which brings you calmness and little by little contemplation of the world.

One thing of major importance [as the same with all churches, temples, synagogues and mosques] is to maintain silence inside the temple, respect the traditions and monks observing the temple.  If you only come out of curiosity to do the visitor thing, please take your photographs outside the temple.  Inside, it is sacred as any other spiritual building and its premises. Come to learn and from here you’ll never know if the sky is the limit.  After all, it’s for your happiness.