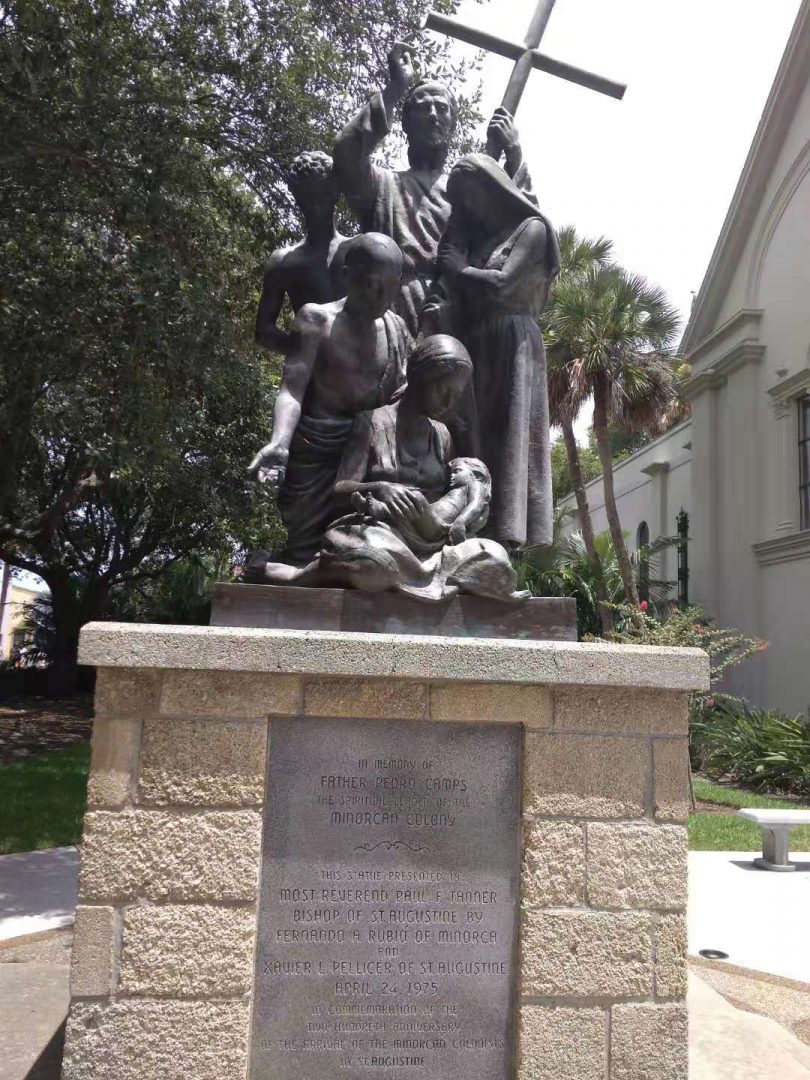 Loving St. Augustine & other castles to see around the world

Jacksonville, Florida (July 19, 2019) – Visiting the points of interest to the former Spanish empire are those castles left behind with history.  When empires battled each other for power.  With the decline of Spain over a century ago, it left something called Forts or known in Spanish as Morros around the world.  Not only Latin America, but the U.S. and Philippines. These were the types that four to five hundred years before defended the stations, population and maintained the gold which made the empire powerful.  The Morros which were left behind are in places that I recently visited: towns such as St. Augustine, Florida.  City/town with no more than fifteen-thousand inhabitants, which recently celebrated 454 years of history and considered the oldest in America.  This one was established by the Spaniards and within there is Castillo San Marcos.

The focus beyond this tourist trap is to enjoy it on a weekday, while walking down streets such as: Cordova, Valencia or Cathedral.  When it’s easy to bake oneself under the sun or feel the soft-salty breeze carried in from the sea.  The points of interest begin on San Marco’s Avenue when entering this small town.  There is the first point of interest, Castillo San Marco.

Riding down, it has the Bridge of Lions to the left with its two-decorative statue of lions.  Later to the right, there is the small plaza showcasing the statue of Ponce de Leon.  Former governor of Puerto Rico who came here trying to discover the ‘Fountain of Youth’.  Tragically, what attracted him to this legend would later cost his life.  His own cruelty spelt his end, when he was killed in battle by the local inhabitants whom were just defending their lands against the Spanish invaders and onslaught of genocide.  De Leon died in a slow-agonizing death.

Now, St. Augustine isn’t easy to find parking.  But, with a little patience, it can be found after 10 or 20 minutes of wait and circling around.  The person can drive in circles, find a place to park and pay for a three-hour period.  The enjoyment here begins with structures which go back in time and are gorgeously cared for in pastel colors.  There is Flagler College, the Governor’s Mansion, the Cathedral Basilica of St. Augustine and the Treasury Building.  There is an opportunity to not only enjoy the City Center, but to cross the De Ponce Bridge and admire its Lighthouse.  But the reason for visiting is the Castillo San Marco: the old-Spanish jewel of this town. Further, before the city departure, there is the old St. John County Jail.

What’s even more impressive?  There are forts like these throughout Latin America. Towns that hold to the Spanish flavor of olden times.  With its plazas and basilicas… These are places located in old San Juan, Puerto Rico; continuing with Cartagena, Colombia; igniting passions in Havana, Cuba; the flavorful Santo Domingo, Dominican Republic with Christopher Columbus’ mausoleum; the friendliness of Portobello, Panama; and concluding in Veracruz, Mexico.  A total of six forts, forming beautifully a triangle throughout smaller portions of the Atlantic Ocean and mostly through the Caribbean Sea.

The point to write about this topic is not only to visit St. Augustine; which most are attracted too.  However, it is for those who love history when looking at a map will notice that these forts form a distinct triangle of protection.  It was to protect the ships, its glory and sustain the power of the Spanish empire on the people. Furthermore, it was a defensive perimeter for the gold extracted from Central and South America.

But it is more a reminder about a bygone era.  Please enjoy slowly, take everything in and take plenty of photos, thanks.