Without a doubt, China is the most progressive country economically in the last 15 years.

It is a miracle in the making; however, this progress has not come without a cost and sacrifice to education.

Although, students spend an average studying 17 to 18-hour days, the quality in education is rather poor. Since it’s more important for the system and parents to send students abroad; than to retain them in their own country and better the educational system. Most popular countries for Chinese students’ university education are: the U.S., U.K., Canada, Australia and New Zealand. The problem rises for most students who cannot work in teams, poor-social skills, lack of confidence and the most important one, poor knowledge of English. It is a vicious circle that continually gets out of hand and it isn’t dealt with! 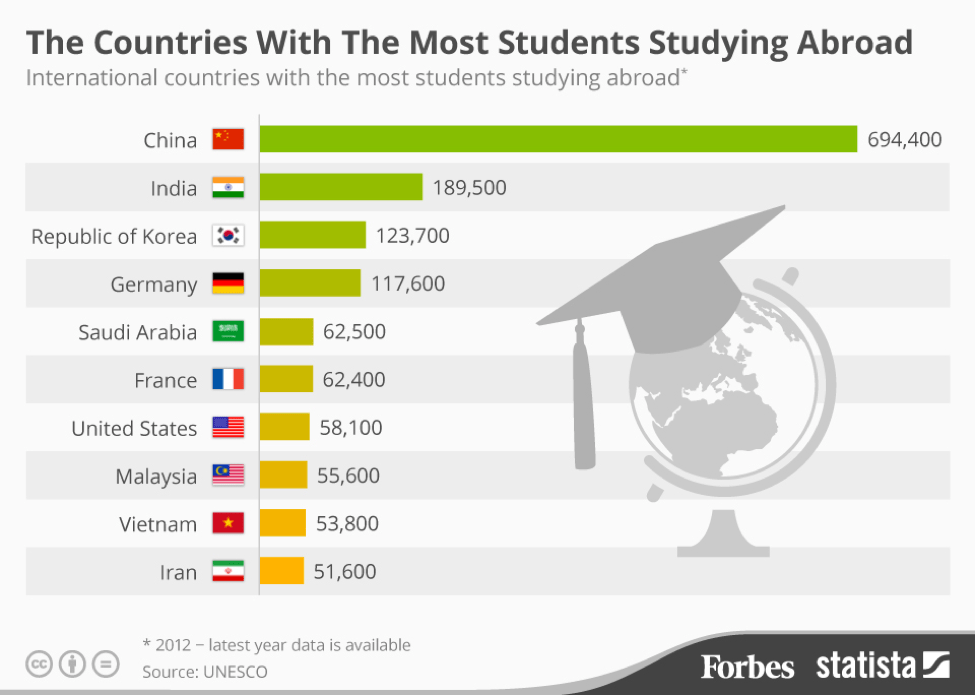 Even when a person states it factually outright, it is an issue often denied and constantly avoided! Argued ignorantly against by Chinese nationals the majority of times.

Chinese students [and this is the case I intend to prove] will fall into three categories (80-percent): will fail their university and have to return to China, will get expelled for plagiarizing others’ work and therefore, get kicked out of the institution or will end up taking six to eight years to complete a degree that should be done in four.

Only 20-percent of the Chinese student body will progress and thrive abroad. My point is to prove why and explain in this article the reasons. That it isn’t always about how much a person studies: math, economics or sciences–if this person can’t apply it to the real world. Here’s where Chinese education fails miserably when not preparing students properly with language skills and how to deal with the real world. 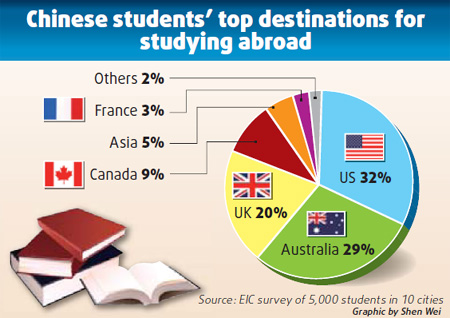 Sometimes, I’ve spoken with students here in China that behave just like children. And I’m not talking in an immature way. It’s more like the innocence which never left them and they don’t understand how brutal the world can be; especially since, most of them have been sheltered from the dangers of life. They haven’t dealt with the brutality of China or further, what’s awaiting them on the outside.

However, for most students immigrating or going abroad, they don’t understand what they will have to face. From racism, rejection to the language barrier. Many will possibly be falling in love for the first time and don’t understand that maybe that’s only a romantic phase/fling, further not comprehending the intricate world of sex and perhaps will not be the person they will marry. All because they haven’t been prepared or allowed to be normal teenagers.

This is the commonality I have mentioned before. Students who leave High School and aren’t even ready for China, even less for the world!

Let’s focus on those going abroad and taking classes before they arrive in English-speaking countries. For the majority of classes, teachers will give English lessons in Chinese 80-percent of the times. And it isn’t until they deal with a foreigner that they aren’t ready for this person; because they haven’t been emotionally prepared. Therefore, most will lose face and don’t understand that this is the way most classes are given abroad.

Yes, classes are conducted in which those university students have to write papers from scratch (investigative), they have to stand-up, show themselves, speak in public or to the professor.

However, students in China aren’t prepared for that neither; while they are still divided. Males sitting with males and females with females, and not interacting/socializing. This frustration is not only shared by Foreign Teachers, but professors in University.

I once spoke to a University of Peking Professor who shared his frustrations with his adult students: either being too shy or not ready in maturity for his lessons. It was more like a continuation of High School. Even less, they were ready for professional life.

Chinese students are more than able to pass an IELTS or TESOL test, but cannot adapt into actual life-study scenarios when dealing with people from a multicultural society.

The fault isn’t only on the Chinese side, but on the English-speaking countries accepting the students. It shouldn’t only be about taking their money! There ought to be preparatory courses (an indoctrination period) before they start getting into actual university life.

Because for a good majority, they aren’t honestly ready. They are ready for one thing, that is a big-fat failure!