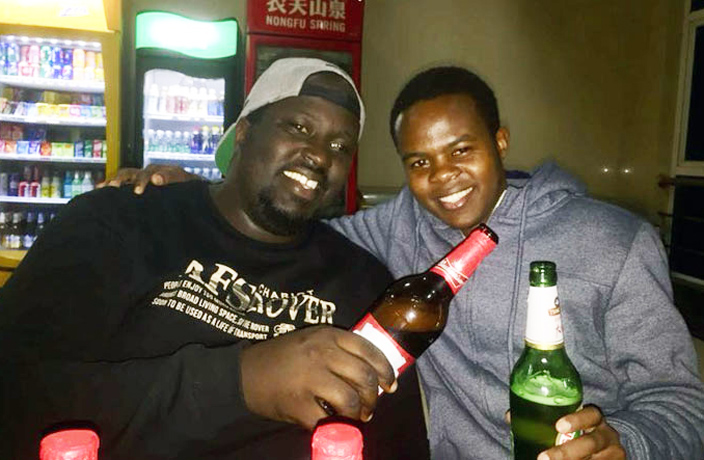 Weeks ago, a student passed away in the most horrific way.  A 26-year-old Kenyan, Ezra Lei Kipngetich had come to China eight-months before to better his life.

The way he died or the last moments of his life were ones of: confusion, disorientation and fear!  As he fell into the banks of the Pearl River Delta and drowned.  When his body was found by the police several days later, it was badly decomposed and stuck in the drainage system of the River.

The way this vibrant-young man met his sad end is one of tragedy and at the same time, he was battling with something most foreigners deal while in China with: disorientation, loneliness and depression.

What made matters worse for Ezra was the fact that his state was compounded with mental illness.

After his death, his family wanted Ezra’s body to be sent back whole, since they are Christians and don’t believe in the concept of cremation.

What made this issue tougher for the Kipngetich family was the lack of proper facilities to handle the body of this young man.  And since there is only one funeral parlor which deals with the death of foreigners in Guangzhou, sadly, they couldn’t accommodate to the wishes of Ezra’s family.  In the end, he was still cremated and his dad had to fly all the way from Kenya to collect his remains.

For the foreigners who live in China, this is what’s lacking in the country we have decided to love and stay-in.  We bring a benefit to China with our income and businesses; however, the infrastructure isn’t there for us at times!

What takes the average Chinese person to do in one or two steps, it takes us in 20!  We have all our legal documentation, but we still suffer woes/setbacks at the banks, police stations, hospitals and Chinese Embassies.

With our jobs, China collects a tax from us which benefits the nation. But we still have to deal with the lack of when we visit a doctor or with something as great as death!

And I’m not saying that China has to take on the problems of the world. But, I’d like to see more services to include foreigners.

For example, in the case of Ezra who had a problem with mental illness.

Is there anybody out there when we are in desperate need of help!

Chinese are a kind-tolerant people; however, I find that sometimes we need more help and better programs for us in the country we love.

Further, and yes, it’s important to immerse ourselves in the culture; but it’s also important to have a professional staff who can deal with our issues without any larger problems.  Somebody who will deal with us objectively and knowingly, as if they are dealing with someone who is Chinese.  On an equal basis…

I’d like to see less stigma for those who suffer mental illness and more help for those who have problems coping in this society.

For those coming in, its about time that two-week orientation programs ought to be implemented when we arrive in China.  So we know where to go and how to deal with daily life on our own!  Not always having to ask a Chinese person to do it for us!

I find more often than not, that the service are there in the main cities and most are only for Chinese use, and not for foreigners.

In some cases, if the services are in place; to get all the information necessary, it’s literally like ‘pulling teeth’.  Or we get three separate versions on how to go by doing something.

We need better services, period!  If we are benefiting this country and it’s benefiting us.