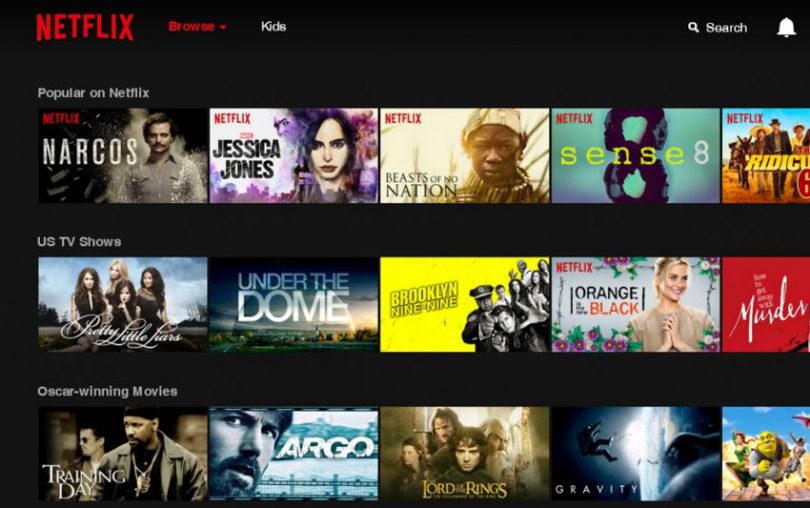 Television like the motion picture industry have taken a total 180-degree turn.

In the past, for a show or movie to receive greater exposure or recognition [to be critically acclaimed], the series or flicks had to land in these U.S. cities: Hollywood, California or New York City.

However, films and series are now being produced [in their majority] overseas. This method is now skyrocketing, and money can be made globally when making a series in one country or several (take a look at Game of Thrones, filmed from Morocco to Croatia). The countries benefit. Plus, it’s great promotion for the local actors; whom aren’t well known in the Hollywood circuit.

These overnight and successful movies/series produced in other countries is releasing Hollywood from its 100-year monopoly over the celluloid industry.

Yes, Hollywood did control the motion picture markets for over a century. And it wasn’t only in the United States, but in other countries, this was the norm.

Exquisite locations worldwide, beyond the U.S. and Canada, taking the actors to locations, such as: Capetown, South Africa. Strike Back was one of these series, which ran for several years and captured the attention of international audiences.

The story lines didn’t only change, so did the languages. Years before, more often than not, a hit had to be for the most part in English to break into the market.

This has also changed with the constant rise of Bollywood in the past 15 years. Competing with the U.S. for control over the foreign movie conglomerates.

And by the looks, for those who couldn’t believe it would happen, it’s sure happening!

Netflix is an example of that: using a country’s scenery, social issues, culture and homegrown actors to shoot a great storyline. While fans watch continuously and binge on the T.V. or computer. A person can also get engrossed in the lovely-subtitles, and in the meantime, possibly learn about a country’s background and language.

These series exposed aren’t only U.S. made. It’s a shared enterprise, and a reflection in the array of cinematographic beauty across the world.

To name a few television series…

Orange is the New Black (U.S.), The Peaky Blinders (BBC, U.K.), Narcos (Colombia, Mexico & U.S.), Gotham (Fox U.S., gorgeously done prequel on the life of Bruce Wayne before he became Batman), Sherlock (U.K.), Better Call Saul (A&E U.S., a spin-off from Breaking Bad), The Crown (U.K., the story of Queen Elizabeth’s II reign and honestly, it’s about time!), Gomorra (Italy, about the often brutal and violent inner dealings of the Neapolitan camorra/mafia), O Mecanismo (Brazil, loosely based on the scandal and subsequent investigation of ‘Operation Car Wash’), The Oath (Puerto Rico, the story about a gang of corrupt cops) and Sacred Games (India, the story focuses on the challenges faced by a Sikh Inspector, while uncovering a plot and dealing with the constant strife between Hindus, Muslims and Sikhs).

Films are taking also a quasi-indie style [outside of the Tribeca, Sundance and Toronto Film Festivals], and there’s an absolutely vanguard way of producing something equally pleasant and exciting. There’s quality in this cinematography, as well as: action, thrills, dark-comedy and drama to please the senses.

These titles came through a in touching way, some are funny, while others tragic…

First They Killed My Father (Cambodia & U.S.), War Machine (U.S., loosely based on the true story of General Stanley McChrystal and America’s blunders in Afghanistan), The Death of Stalin (this controversial film was produced by Main Journey & Quad Productions in the U.K., Belgium and France) and Winter on Fire: Ukraine’s Fight for Freedom (Ukrainian, 2015 documentary).

What’s magical is the potpourri of acting talent from all over. There’s a crossover of cultures. The cast can come from all fours-corners of the globe, and what better way to reach international audiences and develop a totally new fan base. Revamping the career of Jet Li (Lethal Weapon 4 and Expendables) or creating new opportunities outside of China for actresses like: Xu Qing (The Founding of a Republic and Looper), Yu Nan (Expendables 2 and Wolf Warriors) and Liu Tao (Ode to Joy 1&2 soap opera and the U.K. film, The Foreigner).

Beyond the U.S. and U.K., I hope to see more of these types of shows and motion pictures in the years to come. Then, that will be something worth watching and can possibly bring all of us together.