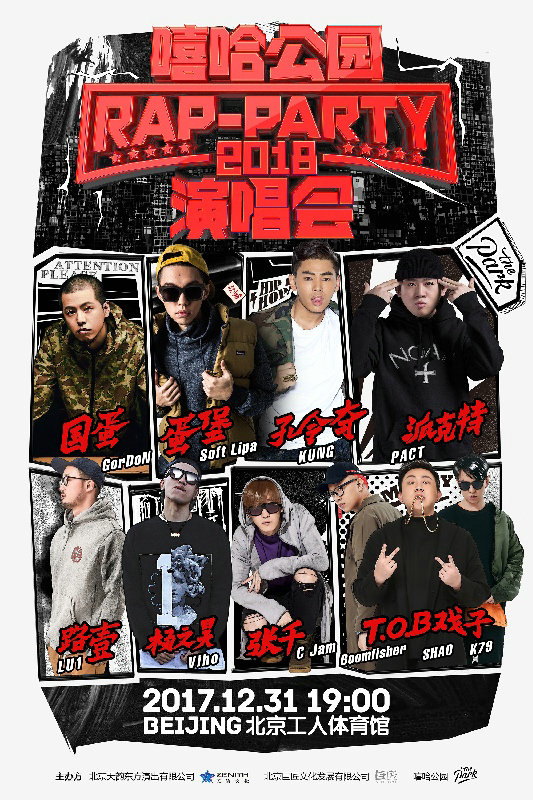 Tuning into a CCTV channel, I could see and listen to my surprise, the rapper literally bouncing around with his hip-hop momentum. His gold chain swung crazily, as his cap went popularly to the side. He pointed to the crowd with a “Hey, ho!” As the crowd addressed the singer back with a repetitive, “Hey, ho!” The rapper wasn’t from Harlem or East New York, but a local Chinese competitor in one of the many singing shows.

For that single moment, I was a-fixed and enthralled by the rappers rapid combination of lyrics and groove, with his poetically sung words! It was crazy, but super cool! With a one-two-three combination ‘punch’, like a professional boxer, but more in his expert-musical style. This singer, with his back-up crew went rhythmically from piano to record scratching in no time! He had this easy flow, just gorgeously funky!

Originally, rap made its debut in China around 1984, but as a musical style it didn’t catch on till recently.

Looking back, when I first arrived in China, rap was kind of brash, off, it sounded terrible. There was no soul in the rhythm and the style was in its infancy; which made it seem almost ridiculous. More like looking at a clown, and not even approaching a real musical attempt.

This has changed in the last decade.

With incredible breakout artists like: Gordon and Soft Lipa, addressing with their unique rap formulas their respective crowds in a deep, jazzy and lazy kind of voices, [but in a good way]. Another rap artist, Young Jack, took ‘My Heart Will Go On’ and made it better; it became a fun song, happy and elevating it with the electric piano! A. Lin and J. Sheon aren’t only combining the melody of rap, but with the sweet mixes of hip-hop and R&B. Miss Ko just made me move, with her hit single, ‘Slide’; in its playful-catchy tune.

These are just some of the great talents coming out, just to name a few.

It has certainly evolved and for the best!

What Chinese rappers are applying is that good old ‘street’ technique. That formula of raw talent, like the one which came of out New York City in 1979 (birthplace of rap music). The rhythms of rap are floating deliciously across the Chinese airwaves!

It has become smoother and easier to listen. It’s fun to see the rapper, whether they are male or female lace their vocals rapidly between sweet, sexy, cool Chinese and English. Then as they dramatically give a soulful verse to their fans, “Wo ai ni/I love you!” As those gathered go wild with delight over the singer’s passion!

This major improvement in the sounds emitted are intoxicating, beautiful and addictive.

Rappers presently have stepped-up their game and the rapping style has become highly competitive.

Not only it has become competitive in the music world, but to be a rapper, you must dress a like a rapper! Therefore, fashion is part of the look.

You know, like those who wear the fashions with the NYC cap logo to the side, the bling-bling, the swing-swing in perfection with the hips and the lovely track suit to match in red or white!

Almost reminds me of the days long past, with groups like ‘Run D MC’. Combining the music power with their Puma hats and Adidas sneakers. Yeah, while they rocked away with the powerful tune of ‘Rock this way!’

Chinese are coming through in the same way: strong and tough. Being compared in the lyrical styles of Jay-Z, which focus on concrete messages of daily life.