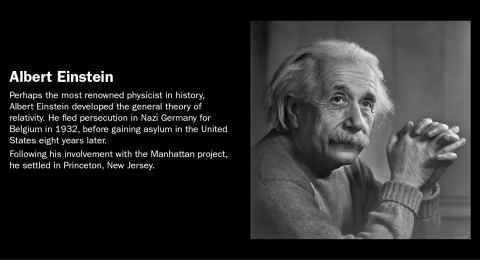 A country with a good heart, but lately…

We are forgetting our values

The best and greatest social experiment on earth, the United States began officially accepting refugees and immigrants by the 1840s. That’s why I love my country! Because we are this beacon of hope and prosperity to the world! With our mistakes, we still fought for what was right! Whether we had to cross Oceans to do it or fight our battles internally.

Possibly, I’m repeating myself and ‘beating on a dead horse’. But I need to use historical facts to point out on what we are repeating like a ‘broken record’.

We fought exclusion, to make this country a fairer society for Mexicans, Chinese, the Irish and furthermore, all other ethnic groups which came after.

Because if any of you have ever read the history of the United States of America, you will understand: our refugees had paid the price already to get here. They still do, as they wave through untold dangers and miseries to get to our borders.

In the past centuries certain areas of the U.S. it was easy to find signs: “NO MEXICANS OR DOGS ALLOWED!” The same happened with the Irish and Chinese populations in this country.

Three main groups began arriving, refugees: Chinese from the Opium Wars, the Irish from the Potato Famine and Mexicans from their displaced territories after the Mexican-American War of 1846 to 1848.

Presently, we are justifying our behavior for what happened on September 11, 2001 and with this excuse for racism, we inherited a racist President who doesn’t respect even himself! Therefore, what does a racist do, but call I.C.E. to throw the people who make our country richer and better for us to enjoy.

Yes, we are Americans and we’ve allowed maniacs to have an excuse to be racist and our Commander-in-Chief to be the ‘father’ of all these morons imitating him. It isn’t his fault, but our own!

But this isn’t a take on Trump, but on immigrants and refugees…

We are a nation which long stood for justice and with those principles in mind, we inherited the best minds from all over the world. Open-minded enough to allow the likes of Albert Einstein.

And for this reason, people came, to feel safe and live out a happy life! Yes, for all of those who forgot these words, “…in the pursuit of happiness..”

A man like Vladimir Nabokov, author of ‘Lolita’ honored our country with his brilliant mind!

We permitted an 11-year old little girl to come through Ellis Island in 1948. Her name, Madeleine Albright.

Refugees flocked as they saw our example of fairness and equality for all. That’s why America became so prosperous!

George Soros said it perfectly, “I chose America as my home because I value freedom and democracy, civil liberties and an open society.”

Other great minds followed. Take this author and writer of “Diplomacy”, Henry Kissinger (former Secretary of State). He came in 1938 with his family, escaping ‘The Night of the Broken Glass’ and the possibility that he would have ended up with his entire family in a Concentration Camp; if they wouldn’t have done the perilous journey to freedom!

Isabel Allende, yes ‘House of the Spirits’ author came from Chile. After her uncle, President Salvador Allende was murdered by Pinochet’s soldiers in a U.S. staged coup; fearing for her life, she escaped to Venezuela and later, to the United States.

Jackie Chan was also a refugee in the early 1980s, when he came from Hong Kong. Triads had placed a contract on his life and he had to flee to our shores! That’s why he broke my heart in 2014 [because I’m a big fan], when he called the United States “the most corrupt country on earth”. Literally ‘hurling stones’ and ‘being blind’ to the problems in Mainland China.

Miles Forman, “Amadeus” and “One Flew over the Cuckoos Nest” came to enjoy our freedom of expression.

These successes are all admired.

But currently we are in a free fall, a rapid abyss to nowhere. Forgetting our history and repeating our stupidity all over again.

Problems that we caused with our past policies have been forgotten and now, we are excluding from the table the Central American refugees. Most come escaping poverty and violence; especially the violence wielded by the cartels (in the Mexican Drug War) and MS-13.

Trump throwing in generalizations into the mix doesn’t help anybody. When we know clearly, his gray matter is as faulty as his statistics. In truth, most immigrants, I’d dare say 90 percent come to work hard, enjoy the quality and lead decent-productive lives.

No, we can’t allow everybody in, but still, we can allow those immigrants to better enrich our country. Because as in the past, immigrants brought an invaluable contribution into our society.

Why should this continue? Because a moronic President is saying so! A couple of racist, bad Samaritans can’t get their facts straight and they use the Bible to stupidly prove what can’t be proven! That we are a so called, ‘Christian nation’ and always led the way with ‘God Bless America’ and now we are shunning the rest of the world with illogical isolationism.

Yeah, hugging with dictators and despots, but can’t find the time to do the humanitarian thing with the border and Syrian refugee crisis.

Continuously blaming our paranoia on 9-11 and not realizing, the majority of those coming in aren’t extremist or terrorist at all. One or two in several million will try to hurt the United States. But a grand majority will adapt to it, adopt and feel a part of something, by calling themselves, American. This only happens in the States and in no other country on earth!

I can live in China for the rest of my life and you know what the Chinese will always make me feel and call me, an American. This only happens in the U.S., when foreigners are made to feel welcomed and can become whatever they want!

So for today, let’s think and become more welcoming. We can’t change what’s already been done! But we can rise from our mistakes!

Wishing this article wouldn’t only be read by Latinos or other immigrant groups, but by those Caucasians who think we are stealing ‘their’ country away! When we all have to realize, we are a country of immigrants and refugees who give people in desperation hope and a better life!

The New Colossus – by: Emma Lazarus

Not like the brazen giant of Greek fame,
With conquering limbs astride from land to land;
Here at our sea-washed, sunset gates shall stand
A mighty woman with a torch, whose flame
Is the imprisoned lightning, and her name
Mother of Exiles. From her beacon-hand
Glows world-wide welcome; her mild eyes command.
The air-bridged harbor that twin cities frame
“Keep ancient lands, your storied pomp!” cries she
With silent lips. “Give me your tired, your poor,
Your huddled masses yearning to breathe free,
The wretched refuse of your teeming shore.
Send these, the homeless, tempest-tost to me,
I lift my lamp beside the golden door!”

Let’s improve on this fact!