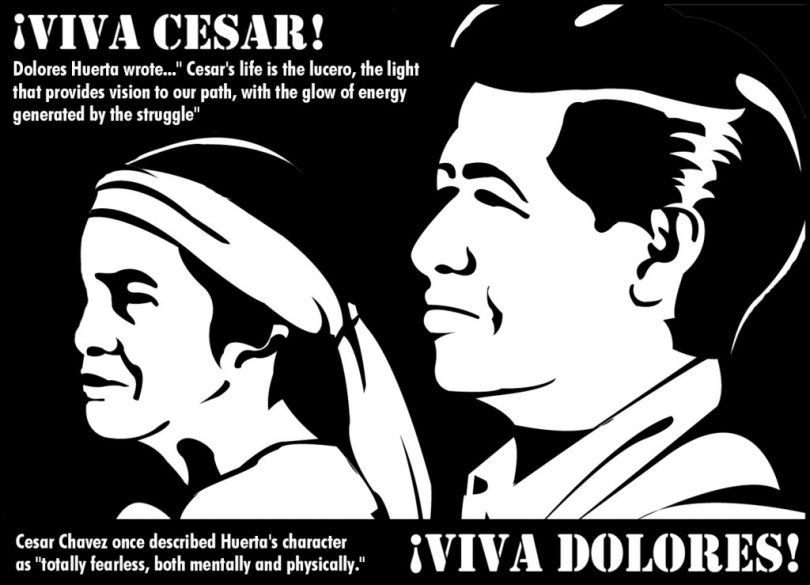 Our Civil Rights Heroes back in the U.S.

As the month of June waved along and the 4th of July came, it’s time to recall our Civil Rights leaders for their courage and sacrifice. Martin Luther King, Jr. and Bobby Kennedy do and often come to mind.

Sadly, these with the likes of Medgar Evers lost their lives in defense of something bigger than themselves. The right to be treated equally and protected as a citizen by the laws of this country.

But what about our own, those leaders who had to endure, toil and suffer for the Hispanic/Latino community. The people who made ‘La Raza’ something to be proud of and not to hide it like a public scourge.

Yes, those like Cesar Chavez and Dolores Huerta. These leaders who first exposed the plight of crop-pickers and how badly they were paid and treated. Almost amounting to something called modern-day servitude and slavery. The Delano Grape Strike was brought to light when those who worked the fields were often abused and exploited on 12-hour shifts for little pay.

That’s when Chavez and Huerta took a stand in defense of the pickers, their needs and to protect them from working under inhumane conditions.

By 1965, they had already made headlines across the country and requested the assistance of Senator Robert F. Kennedy; which gave these problems national attention and a further need to better the minimum wage.

And still, in this day and age, Dolores Huerta in her 80s still takes to the cause on how badly the community is treated and how low their wages still are.

There’s presently a misunderstanding and stereotype against the Hispanic/Latino communities. Often treated as a piece or thing to be ridiculed.

Yes, in this day and age, you still have an ignoramus like Trump asserting negatives stereotypes against the community.

But often these prejudices run deeper.

Yeah, I like to recall my days in the U.S. Navy and as a Corpsman, often being told by my superiors [ignorantly so], “I’m a friend of your people!”

Or placing us into categories of either: gang members, maintenance workers or field hands.

Our people still have to struggle with this underlying racism and indifference from an escapist society who lacks cultural empathy; who often doesn’t understand our situation. No, we don’t want to be maintained by your society! We just want decent work, good pay and equal rights according to what our Caucasian and African-American brothers and sisters receive.

We are no lesser or we are ‘minority not’!

After the Native-Americans, even before the United States was established, we brought a rich-culture to this land 500 years before.

And in contemporary times, as the Spanish language became more and more popular with Mexican food in tow–we had this sense of feeling, ‘It’s our time!’ And no, Mexican food isn’t ‘Taco Bell’!

But walking down the street, we can often hear the voices of ridicule from those of Caucasian-background making fun of us. With a, ‘blah, blah, blah, blah, blah’! As we speak Spanish as our second language; whether its through the cities of San Diego, California or Seattle, Washington. Yes, the main and principal language in the U.S. is English, but we have the right to speak Spanish [among our own] if we so desire!

We have the right to exist, because we make this country better. We give it its essence.

I’d recommend our community, like in the days of Cesar Chavez and Dolores Huerta: that we peacefully assemble and take to the streets to assert our rights. Whether it’s at the border or through the cities, and to know better the laws and Constitution which ought to protect our Civil Rights.

Men like Jefferson [though he was a slave owner] wrote them for us. Let’s use them for our rightful advantage and protection against the pigheaded racist who want to make us feel lesser and say, “We are better, not only for the ethnic quality which we bring, but for our humanity!”