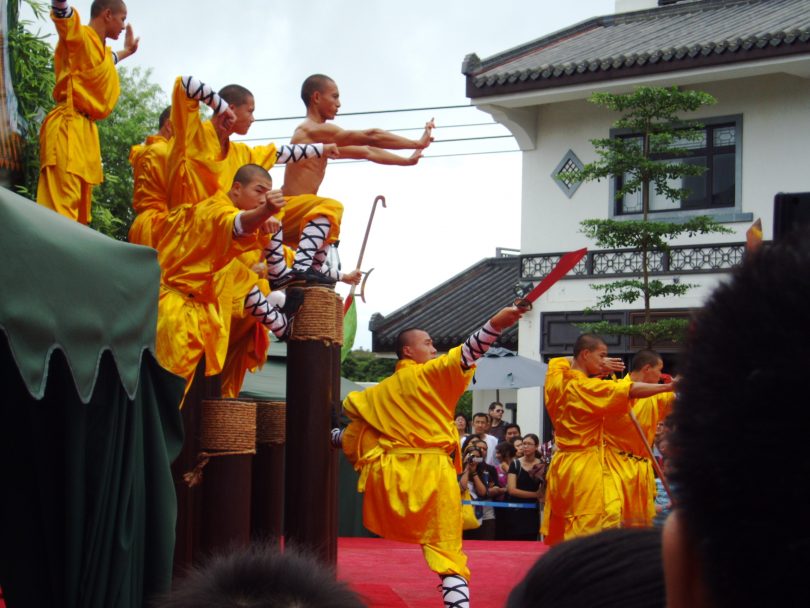 As the global economy shifts more and more to the East, with this prosperity, China will receive millions of more visitors on a yearly basis. And boy, it’s growing!

Some of these newcomers will stay to live, work and study. It’s the common trend sociologically when nations begin to prosper. People will immigrate where prosperity offers them a better quality of life.

Others will come and go, learning about their ‘new’ discovered culture.

The main reasons to come to China.

China will offer great food [at affordable prices] in thousands of different varieties. Not your ‘run of the mill’ versions like the ‘Take Out’ joints back in the U.K. or U.S. There’s so much to taste and few times will the palate be unsatisfied. There’s always that need for more. Including grand tasting teas at your finger tips!

The other reason, in certain parts of China you can still learn traditional Martial Arts (Kung-Fu).

The main purpose to come [of course] is to travel this society. The best start is Beijing with the Great Wall and continuing your adventures into an ancient capital like, Xi’an with the Terracotta Warriors.  Then, if time permits, have a wanderlust around Hong Kong; one of the most fascinating Islands in Southeast Asia.

A reward from living here if you’re open-minded, you can pick-up some Mandarin along the way. But you can get and see thingsyou won’t be able too back home!

Now yes, you can read all what the negative media spews about countries. But I’m a firm believer, to know a place you must travel there once and live in it at least a year to get a good feel for it. To be able to say, I know that country or have lived in it.

People are too quick to judge and draw conclusions without proper experience.

When we learn to place governments and policies aside, it’s great to visit a country and enjoy it for that human connection (basic humanity). Our essence in the end is downright the same, when we get down to it!

People are often prejudiced against one another, without having prior knowledge. Probably based on a stereotype or when the person was incorrectly misinformed about a certain ethnic group, country or area in the world. Or they base their experiences on a couple of bad encounters with people from that nation. And that is not true knowledge of the culture, people or country.

Let’s talk about the uncomfortable ‘elephant in the room’.

Through history, the U.S and China have had its problems. But one thing is for certain, our relationship is far closer in 170 years of history than that of Russia or other nations along the Southeast/East Asian region. The exchange of products, the food and the millions of China born citizens living, studying and working in the U.S.

To say flat out, “I hate China!” it is just somewhat ignorant; especially when the hater doesn’t have a damn idea on what’s going on–on this side of the world.

Tone down on the xenophobia, become more tolerant, save your money, come for approximately a two-week holiday. Then, if you like, move to China to experience it for at least a year. After, indulge in the culture, language, travel and food.

When this is done, then you can make your proper assumptions! And if you don’t know something, just keep your mouth-tightly shut or ask!