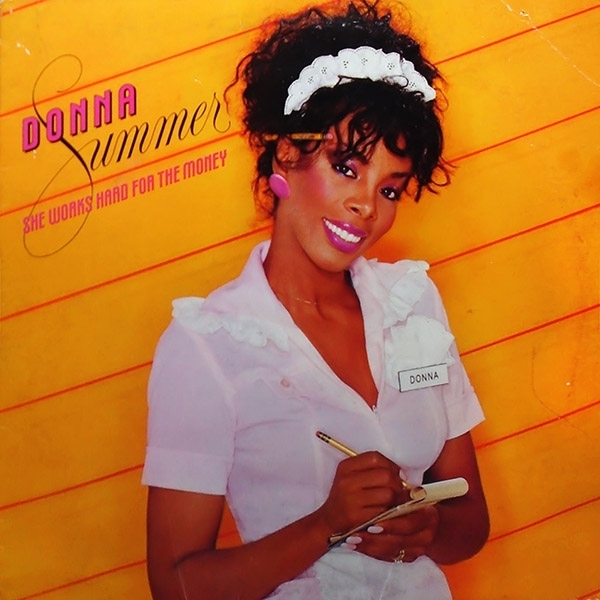 “She works hard for the money”

This song was performed by Donna Summer, one of the famous ‘Disco Divas’ of the 1970s.

“She works hard for the money” was one of her greatest R&B singles.  It came out in 1983 and the melody tells one unique truth that hasn’t changed in nearly four decades…

The struggles of the working-class women in society.  How women have become the main breadwinners in the last several decades and more often than not, raising children isn’t easy.  In 50 percent of the cases, women are raising their children all by themselves.

Not an easy task, it doesn’t matter if they’re divorced or not, women have to pull it together against all odds.

Because she has to be the sole fabric which keeps the family together.

Sorry and let’s be realist, men few times can do it!

However for women, these tasks of keeping life ‘together’ can be emotionally and physically grueling!  Literally we can call it a ‘trail of tears’!

I know one thing is a fact with working women in China.  Typically in the mornings, it’s time to rise, [which she may be the first] to make breakfast and take the kids to school.  If not, it’s her husband or parents.  It’s literally eight to 12 hours in the work space dealing in the majority of cases with male bosses who will never understand what is to be in ‘their shoes’.  After work, usually, she’s running home from work to cook for her spouse.  Depending whether or not she has help from her parents/in-laws or husband.  No wonder women age faster than men and run themselves ragged at the end of the day.

These things don’t go unnoticed, all the pressures a woman has to face ‘alone’ when it comes to the discipline of children, working, later dealing with homemaking or the family drama.

Not easy for these women and the greatest stress won’t come from males when they don’t do well!  It comes from other women pointing the finger on why they can’t complete all these challenges properly or in a timely manner.

Back in Western countries, this issue became apparent when women began leaving the household for career-oriented professions in the 1960s.

In China it came much later, by the end of the 1980s, early 1990s.  Women were already working more and more outside the home.

A fact which many times has gone unnoticed inside a male-chauvinist society. ‘Women hold-up half the sky!’ Ha, it’s more like, women are holding-up nowadays 75 to 80 percent of the sky!

There’s another truth to all this, which in the majority of cases men don’t realize.  It’s in the science…  Women can outlast men [on average] five to 20 years.  Yes, because our [male] bodies breakdown sooner, whether it’s because of hard living or physical circumstances.

Therefore, women will [realistically and in the majority of cases] end-up taking care of their male-spouses towards the end of their lives.  It’s the truth, and if you can’t believe me, look at the science and statistics whether in Western countries or China!

This one is dedicated to all these amazing-super women who make it work.

Without them, I’d be nothing…

My aunt Gladys is one of them, for keeping the family together while dealing with my uncles’ ailments.  To all you gals, thank you!  Because you all do it without expecting nothing in return, except love and appreciation!