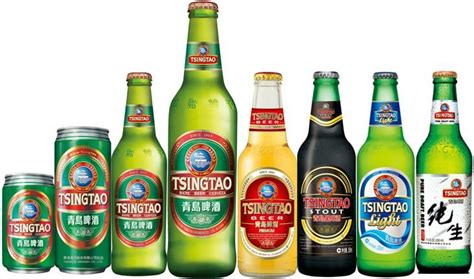 The growing demand for beers in China

There has been certain things in the history of China which Chinese due to culture are naturally gifted or have been great in developing.  From the food, to certain tea elements and wines.  However, beer wasn’t a natural forte in this culture and when it entered into China in the late 19th Century, it didn’t really make a splash.

Tsingtao (Qingdao) was established as a German company, which was later transferred into Chinese hands.  And I have to say, with a beer like Tsinghao, I had to go for its darker-heartier lagers.

But other beers in China like Snow and Harbin didn’t really impressed me.  I like the strong stuff.  These versions felt more like watered down concepts of brew.  So I couldn’t indulge in them with any delight.

With young professionals in the 20 and 30 something crowd getting international exposure, the beer industry is starting to boom madly in China.  Literally exploding! Like the coffee and wine variations, beers are ‘kicking-in-doors’; and with stronger ales and lagers made in centers like Qingdao, Tianjin, Shanghai Brewery and Beijing–the beer industry is here to stay.

The quality is becoming more flavorful, using the techniques from the Germans; which won their reputation for the last 1,000 years the world over.  Concepts like Oktoberfest (October festivities) are being introduced into China for the beer-tasting-loving fans.

There’s even a Nanjing Beer Craft Festival every year in 1912 District for the past decade.  With local ‘watering holes’ around the city like: Brewsells, Blue Sky, Blue Marlin and Finnegan’s Wake; where I discovered in the latter they sold the precious San Miguel Pilser (Spain/Philippines).  The varieties are endless.  But for me, it was Ellen’s, where I explored the darker versions and fell in love all over again with Tsingtao Beer.

But China still has a long way to go, to be able to challenge beers like: Carlsberg (Denmark), Guinness (Ireland), VB (Victoria-Bitter, Australia), Heineken (Netherlands), Tiger (Thailand), Budweiser (U.S.), Corona (Mexico) and the amazing versions produced by the Belgians for a better part of 700 years.  These are the most exotic versions and times are changing, because in the last decade the market has busted wide open and its growing!

But it is possible that other than China, Japan is competing for the top slot in Asia. Giving the market a run for its money with beers like Sapporo and Hokkaido.  I at least enjoyed, and the taste was smooth and it went down easy.

This new generation of ‘Y’ and millennial are aspiring for better taste, superior quality and variety.  Young Chinese who don’t want watered-down-beers or to taste the bottom of the barrel.  They want something with style and good form which can taste delicious and go down smoothly.

China is dealing with only 130 years in brewery experience.  But in its miraculous development and rise, it has proven itself worldwide.  And now, they are entering the winery business, with excellent tasting chardonnays like Chenyu.

The same will happen with beers, if they don’t let the quality slip or substitute quantity for excellency.

We will have to see how they expand and fair out in the future.  And in the meantime, the changes certainly look positive and the breweries appear for now unstoppable here in the Chinese Mainland and Hong Kong.

Now, enough of history and talk, as I call out to ‘fuwuyuan (waiter)’ and order, “Bring me a Tsingtao-dark brew, please!”

I taste it deliciously and I know, I must thank the Egyptians for inventing beer 11,000 years before.