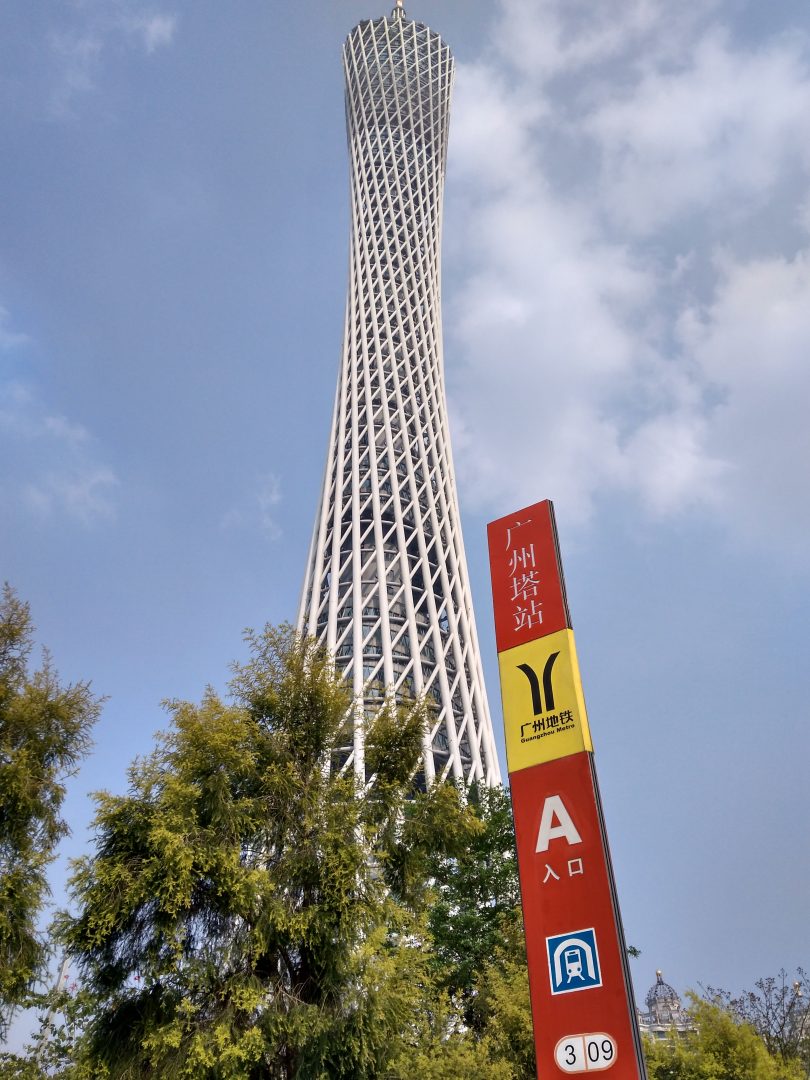 Guangzhou in less than 10 hours

When visiting any new city in the hemisphere, it has been suggested to give yourself a minimum of 48 to 72 hours.  It’s a realist notion to see the major attractions, whether the sites are tourist traps or not.  However, 24 hours is cutting it close.

My case was, I had less than one day and what should have been done in two days, I had to do it in less than the average time.

Now, this is the city of Guangzhou.  One of the largest in the world in population and space to cover. With a metro system that can easily take close to two hours to travel from the extreme east to west in the whole of this city.

In my situation, I went with the ‘Guangzhou Metro One-Day Pass’.  For 20 RMB, it’s a bargain with one of the best railway systems in the world.  Easy to understand and cover, and yes, the stations are in Chinese–but they are also in English.  Can’t beat that and decided what was a greater priority to cover first.

Since most of the tourist sites are near the metro system.  I decided to go for line 1 and got off to see the Chen Clan Academy.  A set of buildings beautifully carved and covered in multiple layers of pastel colors.  It’s a facility which was established a little over 100 years ago.  The carvings are worth the time and a good hour of patience to bask in this impressive-architectural design.

Got back on the local transport and from line 1 transferred to line 2, here are several locations for the visitor to awe upon…

There’s the Sun Yat-sen’s Memorial grounds.  Follow the charts and once hitting the exit, the building just stands there gorgeously like a palace.  Noting that Dr. Sun Yat-sen is one of the most important men in China’s 20th Century history.  A hero and founder of China as a republic in 1911. This man’s influence in Chinese culture is unequivocal.  Almost every major city honors Dr. Sun in one way or another. Guangzhou isn’t the exception, due to his greatest.  For 10 RMB, it’s worth the entrance into this historical marvel.  An unforgettable memory of the premises, and part of this journey indeed.

Another magical spot which I enjoyed was Yuexiu Park.  The stop is directly on line 2, and it’s as easy as taking exit ‘A’ to the right.  There are two ways to do this park. One, if you can’t walk it properly, the traveler can pay a couple of RMB to ride the carriages up and down the Park.  Two is to walk it.  But take your time, it’s treat to see the Five-Statue-Ram; which is the representation of this City.  On the other side of the Yuexiu is the Zhenhai Tower in beautiful-brick red.  The Park itself is for free, unless you decide to ride the carriages, but I considered this walk worth my time and remembrance.  Some experts say, give yourself 45 minutes; I’d say, do it in an hour-and-a-half.

Haizhu Square is also on line 2 and it shows several places that are adjacent to this area: its Square, Park and the Haizhu Bridge.  Take exit B2 when leaving the metro and walk directly down Yide Road for eight minutes.  Then, you’ll see the Sacred Heart Cathedral to the right.  In actuality, I did some research before going there and the person who did the tour explained it as a 10 minute walk.  Not badly timed, he or she must have been in the ‘military’ with such exact details.  The Cathedral has been part of the City since 1888, and it follows the same inspirations and designs in granite as: Westminster Abbey, Cologne Cathedral and Notre Dame in Paris and Montreal. Easy and a delightful walk to feast upon with streets vendors, food and to spark the senses.  Not one to miss.

All trips to Guangzhou cannot be completed without taking line 3 to the Canton Tower.  One which opened in 2010 with 604 meters in stature and the second-tallest free standing structure in the world.  One of the fun parts is to walk around the block and enjoy what the Pearl River Delta has to offer in bridges and structures.  Near the base of the Building there is a tram hop on and off to see further portions of the City Center.

What a great experience to do and what can be said about Guangzhou, the City of Rams.  One for views, old structures and history to come back and visit over and over!  Do come, it’s waiting for you!