The hottest years on record

Can anybody explain why “An Inconvenient Truth” is so hard to believe?  Coming from the former Vice-President, Al Gore.  He didn’t only make this documentary a historical reality in 2006, but 11 years later he came out with Part II.

Showing the devastation of the ecology and how the environment has drastically changed in over a decade. Progressing into a negative spiral already close to the 12th hour.

What took a planet in development for 13-billion-years, humanity has eclipsed it in a historical and destructive way in less than 250 years.

The reasons to defend this beautiful planet and improve on it are obvious.  This is our only home and yes, we could be all dead in the next 100 years; but what are we leaving for future generations is a world in total catastrophe.

When cities like Miami are little by little sinking and will be gone by the next century; along with places like Venice, Shanghai and New York City.  This is worrisome. 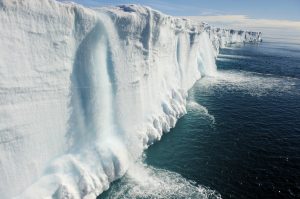 Engineers can build walls to avoid flooding, but these barriers can only last for so long against the rise of the oceans.  By the next century, we are talking a good 10 meters (33 feet) throughout islands and coastal cities around the world.

The truth is, humanity can get more from solar power than any other source on the planet.  But it has to start with those whom are willing to switch, for the betterment of our world, one technology for another.

However, great and powerful forces of a rich minority are against the interest of our world.  Here’s where people can greatly criticize the 1 to 3 percent for lining their pockets.

Take for example countries like India, depending on a fossil fuel economy for the last 150 years.  They could certainly benefit with a solar rich economy.

Centers like London (UK) in the past became a great place of financial growth, but also a city spewing grand quantities of contaminants into the air.  It reached a turning point in December 1952, when sulfur mixed in with the London fog engulfed the city killing 3,000 or more people.  With the Clear Air Act of 1956, London and other cities in the U.K. became better places for breathable air and quality of life.

The blame has been conveniently spread among countries’ superpowers.  When it’s not the power of one, but that of many which should focus on making the planet a habitable one for future generations.

Mars, ha?  Let’s start focusing on knowing about earth first and what all of us can do to prevent what nobody wants to recognize or accept: the world and it’s weather is becoming scarier and scarier.

Dramatically in the last 30 years the climate has been changing for the worse. Literally drowning our cities, as the polar-ice caps melt away in Antarctica and Greenland.

Southeast Asia experienced the tsunami of 2004, killing close to a quarter-of-a-million people.

This was the turning point and when storms of mammoth proportions began hitting madly and out of control around the globe.  Not only in this manner, but in the way temperatures spiked and dipped constantly since.

Presently, 16 out of 20 cities in China are under constant smog.  Polluted air which is making life difficult for its inhabitants to breath.  These are things which have to change, not only only in China, but around the planet.

For this simple reason, the weather has become grotesquely abnormal.  The so called supers-storms have developed and produced chaos along the coastlines of Florida and Texas.  To see it, is to believe it.

Hurricane Maria showed its furry this past year and it was so devastating that Puerto Rico is still recovering from its effects six months later.  Experts have estimated that life will return to normal in two to four more months.

Scary in every historical and cataclysmic way, indeed!

Now, with the importance of nations gathering in Paris every year for the Global Climate Conference.  The United States has to set a premise.  Without one of the most powerful countries in the world, the American government is presently far from setting the example in participation with other nations.

Knowledge is power, to know about these things and write about them is the greatest importance for the future.  If to not care, then dismiss this article.

But if to desire a better world, ask yourself, “What can I do?” Then do it!