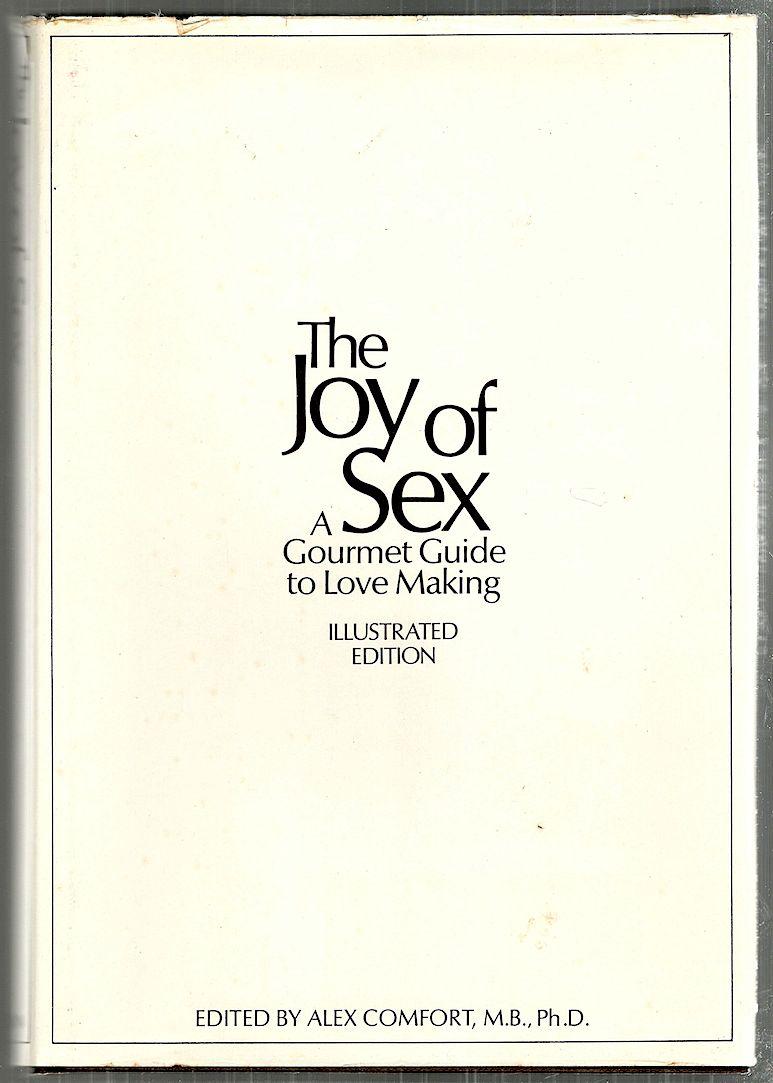 Doctor Alex Comfort like Alfred Kinsey was an innovator in the art of sex and making love.

So controversial, that when he wrote a book and decorated it with pictures and drawings of couples having sex…  It was called, ‘deliciously wicked’ and in 1972 it threw everybody into a tailspin: from Presidents, to Christians, conservatives and the Roman Catholic Church banning this type of sex education around the world.

And you know what, it’s still one of the greatest best sellers of all time: up there with the Bible and Margaret Mitchell’s, Gone with the Wind.

What Dr. Comfort wanted for people was to enjoy sex, without the pressures and limitations of an overly-hypocritical society. And when he titled his book, “The Joy of Sex”, it sure made a splash with the public.

It taught how a couple could enjoy themselves equally, male and female, from a one-night stand to making love in a stable relationship.

Dealing with the ‘mysteries’ of the clitoris, it’s location and the illusive ‘G’ spot.

The book mentioned on how to touch parts of the body often ignored: showing the nipples, ears and other areas, etc.

It wasn’t pornographic, although, it was sometimes criticized for it.  This was a science and beautiful lesson in biology–glorified with emotion.  How to take one’s time, enjoy and please each other.

Gorgeously shown and so popular, that over 45 years later the book is a smashing success and it’s been redefined not only for the heterosexual community, but also for those in LGBTQ society.

And throughout the 1970s when it wasn’t allowed in University classrooms…  It became so popular, that by the the 1990s it was already assigned as a University/College must read for those taking courses in: sociology, psychology, anatomy, human sexuality, medicine or biology.

I fell in love with this piece of scientific-literature which taught me so much about sex. Yeah, my 1992 edition which I hold to it preciously till this day; with its yellowed pages and some falling out.  It taught me how to slowdown as a lover.  Taking my time…  And I’m still using this book as a reference a quarter-of-century later with its updated versions.

I’m proud to say, and sadly though Dr. Comfort passed away in 2000, his legacy lives on.  Not only through fans like me, but around the world.

Today, “The Joy of Sex” is getting exposure and sold in traditionally-conservative countries like China.

The pages still teach those who want to know more about sex: the doggy style, missionary position and women-on-top, etc. However, it doesn’t end there.  It shows 17 or more positions, techniques, touches and let’s call them ‘tools’ (vibrators) to satisfy your lover.

What’s another important function in the reading is to practice safer sex, know more about STDs (Sexually Transmitted Diseases), condoms, fidelity and the most important lesson of all is love.

That’s why the majority of us are here!  Enjoy the reading on the Joys of Sex…

The Joy of Sex: A Gourmet Guide to Lovemaking, 1972

More Joy of Sex: A Lovemaking Companion to The Joy of Sex, 1973 (sequel)

The Joy of Sex: A Gourmet Guide to Lovemaking, revised and updated edition, 1986 (revised to include AIDS)

More Joy of Sex: A Lovemaking Companion to The Joy of Sex, revised and updated edition, 1987 (sequel; revised to include AIDS)

The New Joy of Sex: A Gourmet Guide to Lovemaking for the Nineties, 1992 (revised to bring the science, especially the sociology, up to date)

The New Joy of Sex, by Alex Comfort and Susan Quilliam, 2008