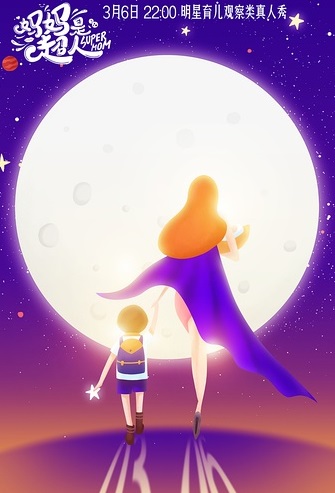 “Super Moms” shows the constant struggles of mothers throughout the globe

It was never easy being a woman and most have to face unique challenges; especially when they become professional-working mothers.

They carry a being for nine months and then deliver this baby into the world.

Here’s where the challenges for these women begin.  And after, it’s a long road which most do it for love and it continues for the rest of their lives.

I never thought as a man, I could handle something like this.  This kind of overwhelming stress women put themselves through and society.  To become the ‘perfect’ or ‘super mom’.

There’s a web-show which exposes this, day in and day out.  The journey of four families through the happiness, pain and tears of motherhood.  Some are single mothers, while others have to deal with the facts of their husbands being away.

These moms, whether through competence or incompetence expose their daily routines for the T.V. cameras to capture.  Something, honestly, most Hollywood actresses wouldn’t even dare to do.  These four-Chinese women do it bravely.  These are their best and worse moments.

And it’s easy for anybody to judge.

But like the old Sioux saying goes, “Oh Great Spirit, let me know the lives of others, by walking two weeks in their moccasins!”

Women raising their children only with either their parents or in-laws by their side.

Here’s when things get out of control with these stars who sometimes spoil their children.  They all have problems and the older generation has to intervene to bring in the toughness and experience of parenting.

Clashes are also a constant between the mothers and older generation; when these stars want to pamper too much their kids with over-protection and lack of discipline.

With or without experience, these women tough it through heroically and one has to wonder, how do they do it?

It shows the very human side of these women and what they have to endure.

These are the tender moments: when they cry.  Like in one episode, when Rang Ying Ying or Mei Ting are overwhelmed with their family lives and begin to sob.  Not for lack of love, they are just simply tired with all the stress.

At the end of every episode, they have to journal-in all their experiences, good and bad for that day.

This reality show is in its second successful year and going on its third.  I recommend it as a watch for mothers out there whom are too tough on themselves and men who don’t completely understand their life’s pressures.

And hey, they are only doing their best.

There’s an old-radio commercial back in the U.S.  In this commercial, there’s a man and he’s having a dream.  In his dream, he goes before a judge in defense of his wife. The defense is, ‘Why my wife should be honored everyday?’

He tells the judge, “Your honor, my wife is my best friend, lover, the mother of my children, a professional and homemaker.  Sir, she’s my everything!”

The judge answers, “But sir, that’s physically and mentally impossible!”

He then wakes up saying, “That’s why I love her.  She can do anything!”

For women it’s 10 times tougher to handle career, children, husband, in laws/parents (in China) and household.  For this reason, I wrote this piece in admiration.  For all the women who do/did it without a nanny: from my mom, aunt, bosses and editors. Thanks!  Here’s a dedication!

That’s the majority of women for you; especially those whom are “Super Moms”!